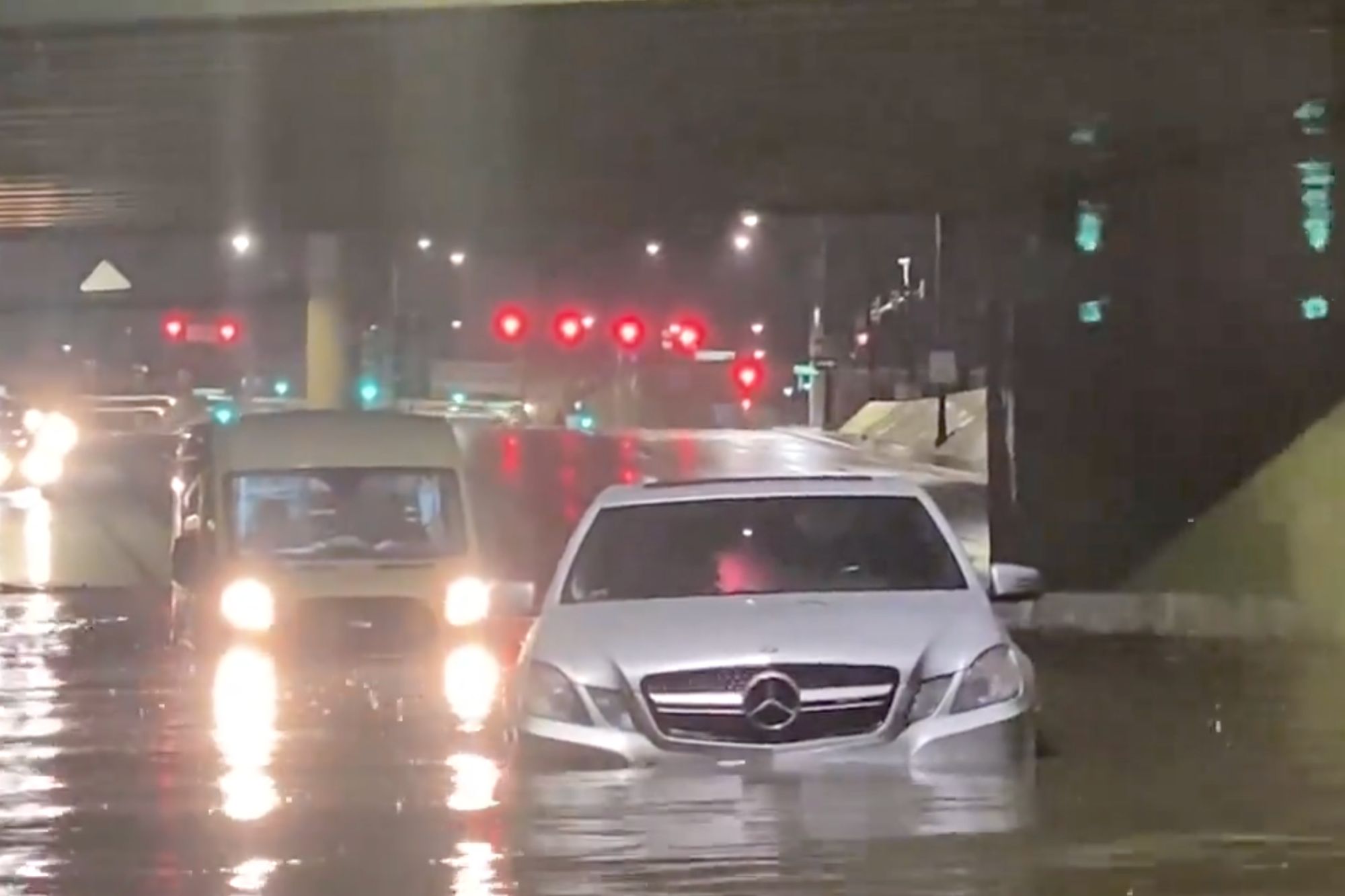 Airports, parking lots, and the entire Las Vegas Strip, which houses some of the world’s most famous casinos and hotels, were flooded Thursday night.

There are no injuries reported at this time, Las Vegas Fire Information Officer, Tim Szymanski, confirmed to The Post.

Other videos posted on social media showed the inside of Circa sportsbook bursting with floodwater and soaking the carpet.

Another clip shared online shows water pouring through a hole in the ceiling of Planet Hollywood Casino located on Las Vegas Blvd. Staffers can be seen recording the chaotic scenes on their cell phones.

The iconic Caesar’s Palace was also affected by floodwater, as a video posted online showed the ceiling unable to contain the water, which subsequently poured onto the carpets.

Simon Jowitt, an economic geologist and professor at the University of Las Vegas, told The Post that while flash floods don’t happen too often, Nevadians do anticipate monsoon season from July to September.

“We’ve got good drainage systems but sometimes the water just overloads them,” Jowitt, who hails from Las Vegas, told The Post. “It can also be dangerous for homeless people who sometimes live in the drainage systems for shelter.”

“The other thing is that we don’t often get rain so it’s hard to check whether roofs and the like are actually waterproof; probably what has happened in the casinos tonight,” he added.

“These rains don’t happen that often, but we’ve had a few days in a row now.”

Elsewhere, local airports are experiencing severe delays as a result of the flood.

“My flight has been delayed an hour so far and maybe more,” Shondra Kayd, who is experiencing severe delays with her outgoing flight to Toronto, Canada, told The Post. “A lot of planes had to land at different airports.”

Earlier on Thursday, Harry Reid International Airport departure delays were averaging 50 minutes. Planes scheduled to fly to Las Vegas were being held at their starting airports until at least 11 p.m., according to FlightAware.com.