There’s trouble in far-right paradise, as bad blood between two outspoken House GOP women is spilling into the public eye.

“I’ve been asked to explain MTG’s belief in Jewish space lasers, why she showed up to a white supremacist’s conference, and now why she’s blindly following Kevin McCarthy and I’m not going to go there,” Boebert told The Daily Caller.

“The only person who can answer for Marjorie’s words and actions is Marjorie,” Boebert went on. “Let me be very clear, I support President Trump. Period. President Trump is a friend and the leader of the Republican party.”

“Lauren refuses to endorse President Trump, she refuses to support Kevin McCarthy, and she childishly threw me under the bus for a cheap sound bite,” she added.

The Georgia Republican took to Twitter again Tuesday with a thread of messages in support for McCarthy’s Speaker bid, which has been imperiled by resistance from members of the conservative Freedom Caucus.

It would take only five GOP defectors to spoil McCarthy’s bid when the Republicans’ thin majority officially takes effect on Jan. 3.

“It’s time for my friends in the Never Kevin Caucus to stop lying to the base just [because] they don’t like Kevin McCarthy,” Greene wrote.

“They do not have a plan and there is no consensus candidate. Sabotaging the country for personal reasons is not brave or righteous, it’s selfish and foolish.”

The war of words was the latest dispute between Boebert and Greene, who notoriously teamed up to heckle President Biden during his first State of the Union address earlier this year.

Weeks later, however, Boebert chastised Greene for appearing at a late February event organized by white nationalist Nick Fuentes, according to Politico. The outlet reported that the argument became so heated that another Freedom Caucus lawmaker had to step between the two and de-escalate.

The outlet also reported that Boebert “detests” attempts to link her to Greene despite their outward similarities.

Founded in 2015 to counter former President Barack Obama’s agenda, the Freedom Caucus transformed into a staunch bloc of support for Donald Trump — but has struggled to gain traction since President Biden took office last year.

In 2015, the caucus succeeded in ousting former House Speaker John Boehner, who later accused its co-founder — and Boehner’s fellow Ohioan — Rep. Jim Jordon of being a legislative terrorist due to the group’s willingness to oppose centrist GOP measures.

In a list of demands published earlier this year, the caucus demanded party leaders stop going around their backs by courting Democratic support for GOP bills they oppose. They also called for the restoration of House rules that would allow lawmakers to introduce motions to remove the speaker. 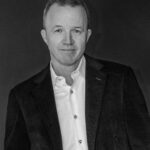 Why You’re Failing At Accountability 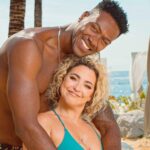 Are Yohan and Daniele Still Together?