The Mercedes-Benz, which was discovered laden with concrete and buried in the backyard of a $15 million Silicon Valley manse, was hidden there as part of an insurance fraud scheme, police have concluded.

Investigators said Thursday they determined the Mercedes was buried sometime in the 1990s for insurance fraud purposes, the San Francisco Chronicle reported.

The convertible Mercedes was discovered last month by landscapers in the affluent town of Atherton, about 30 miles south of San Francisco.

Crews excavated the vehicle and police said no human remains were found after cadaver dogs and ground penetrating radar were used to examine the scene.

Bocktune Lew had built the high-end home where the Mercedes was found in 1990, and his family continued living there until 2014.

Lew, who died in 2015, was accused in 1999 of hiring people to sink a yacht worth $1.2 million in international waters to cash in on the insurance, according to the Chronicle.

Lew had also served three years in prison for a 1977 attempted murder conviction and was found guilty of murder in 1996, but the verdict was subsequently later.

His own daughter described her father as a “sketchy” person who had “emotional issues.”

Police previously said they do not believe the current owners of the mansion on Stockbridge Ave. were aware of the car’s presence on their property until they hired landscapers to do some yardwork.

Atherton was ranked as the nation’s most expensive ZIP code for a fifth straight year in Nov. 2021, according to real estate information company PropertyShark. The average home price in the town of 7,000 people stands around $7.5 million. 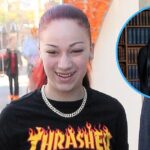 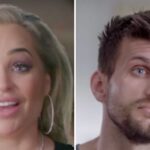 Are Stacey and Florian Still Together?