Investigators probing the gruesome murders of four Idaho students have received 10,000 tips and leads connected to the mysterious case as Moscow’s police chief vowed the investigation would not slow down over the holidays.

Moscow police announced the astonishing 10,000 tip mark in a Monday update as the suspect or suspects in the slayings of University of Idaho students Ethan Chapin, Xana Kernodle, Kaylee Goncalves and Madison Mogen remain on the loose.

The mysterious case has left the college town on edge and families of the victims frustrated over the lack of answers.

“We’re reviewing all those tips, we’re checking to ensure that we have individuals who look at those tips and any piece of evidence that they can link to this case they’re doing so,” Moscow Police Chief James Fry said in a recorded interview publicized by the department.

He said one piece of information could be the key that helps solve the stabbing that police believe was targeted.

Fry said many of the tips that have come in are tied to a white 2011-2013 Hyundai Elantra that was near the King Road home where the murders happened in the early morning of Nov. 13. Authorities have said the occupant or occupants of that vehicle might have critical information to share as Fry continued to ask for the public’s assistance.

“If you own one or you know somebody who was driving one the day before or the day after (the murders) to please send that tip in,” Fry said.

He also insisted the upcoming holidays would “not change anything” for the department’s work on the high-profile case that includes help from state authorities and the FBI. 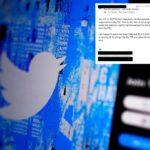 FBI reimbursed Twitter for doing its dirty work on users 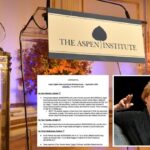 What is mysterious Aspen Institute and why did it hold Hunter Biden ‘exercise’?