Working woman! Welcome to Plathville personality Moriah Plath is more than just a reality star. In addition to starring on TV alongside her family, Moriah has worked hard to support herself financially. Keep scrolling to learn about Moriah’s job, how she makes a living and more.

What Is Moriah Plath’s Job?

Moriah currently works as a bartender.

She opened up about how she prepared for the career by attending the Elite Bartending School in an Instagram post in December 2022.

“Graduated from @elitebartendingschoolcfl last July and just wanted to give them a shoutout! Taking this course was so much fun!” she captioned a video that captured her preparing several cocktails. “I’m not the quickest learner but they made sure that in just a few weeks I was 100 [percent] confident in my bartending skills! I remember the first class I took I had never actually been in an environment where I’m learning along with many other people and I was a tiny bit nervous… But by the second day it had become my comfort zone!”

Since graduating, Moriah has kept busy by bartending at events while she is still in “school for other things.”

“I hop on over now and then to sit in on a class if I want to learn more drinks or just refresh my memory!” she concluded in the post. “If you’re in the Tampa, Orlando or Miami area and are wanting to become a bartender I highly recommend this school!!”

How Else Does Moriah Plath Make Money?

In addition to working as a bartender, Moriah is also a singer.

After performing as part of her family’s band, The Plath Family Band, Moriah pursued a solo singing career. The TLC star released her debut single, “Missed Myself,” in January 2022.

She has also pursued an acting career and appeared in the 2018 short film You Should Be There.

Since 2019, Moriah has starred alongside her parents and siblings on Welcome to Plathville.

Another source of income for Moriah comes from sharing sponsored posts on Instagram that promote different brands, including Snow Teeth Whitening.

The TV personality also makes extra cash by creating videos for fans on Cameo. According to her page, viewers can purchase a pre-recorded message from Moriah for just $1.

What Is Moriah Plath’s Net Worth?

Moriah’s exact net worth has not been confirmed, though several outlets have estimated she’s worth somewhere between $1 million and $5 million. 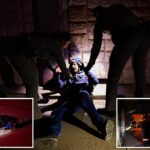 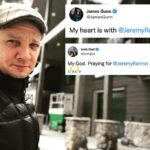 Messages of support for Jeremy Renner from James Gunn, fans