A single mother in Wales faced a horrific choice to save her toddler — told she’d have to wait eight hours for an ambulance for her unconscious son.

The youngster, who suffered febrile convulsions in the past, collapsed and turned pale, his eyes rolling back in his his head, she recounted.

The dispatcher told her to “’get to the hospital immediately’” — but that there was an eight hour wait for ambulances, she recalled.

Johnson described how she put Tobias into the car and sped toward the emergency room, but quickly got stuck in traffic.

“As I turned to look at my son, unfortunately he was pretty lifeless,” she said. “He was floppy and the color was drained from his lips and all of his face.”

She said she again tried to call emergency services, and was told to lay the little boy flat and track his breathing for signs of cardiac arrest.

“At this point I was just crying and begging: ‘Please just send an ambulance’ to which she was responding it would still be a five-hour wait at least,” the distraught mother said. “The call handler said he would probably be able to hear me, so I was trying to stay calm.”

Johnson said she pulled into a bus lane, where a bystander helped her move Tobias out of the car. They were eventually joined by two other passersby — an off-duty fireman who tried to rally his colleagues into action, and a woman trained in first aid who placed the toddler on his side in a recovery position.

Even so, it was an hour before an ambulance in traffic spotted the group and drove them to the hospital.

“They were amazing. They jumped straight into action,” Johnson said of the good Samaritans.

Tobias was sedated for almost an entire day before being discharged, the mom said, adding he is prescribed medication that should quell the seizures but will also slow down his breathing — and possibly require medical intervention.

“What’s really scary is, if I lived in a rural area and actually couldn’t get him into the car and waited those eight hours, my son would have been dead,” she lamented.

“To think that what happened to my son and I is looking at becoming the norm in Wales is just incredibly sad and worrying. Not just for people like us but for the staff of the NHS too who are working under immense pressure as it is.” 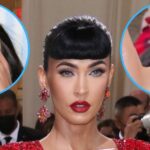 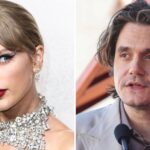