The mother of missing North Carolina sixth-grader Madalina Cojocari told cops she “believed her husband put her family in danger” — and that he fled their home after a fight on the night she last saw her daughter, according to court documents.

The starling accusations emerged Wednesday as police descended again to search the family’s home in Cornelius — where officers previously found an area blocked off with plywood, according to WCNC.

It also came as the FBI and local cops released a handwritten statement from the 11-year-old schoolgirl’s family saying they were “devastated and absolutely heartbroken” and “desperate to find her.”

“We love Madalina and are shocked by these circumstances. This is something no child or family should ever have to endure,” the letter said of the “beautiful, smart, kind and loving 11-year-old girl with greatness in her future.”

The family did not identify who was behind the statement. Madalina’s mother Diana Cojocari, 37, and stepfather, Christopher Palmiter, 60, have both been charged with failing to report her missing for at least 22 days.

During police interviews, Cojocari told detectives that on Nov. 23 — the same night she last saw her daughter — she’d argued with her husband, according to an affidavit obtained by Queen City News.

Palmiter then drove off to be with family in Michigan, which is at least 550 miles and a nine-hour trip from their North Carolina home.

The mom said she saw her daughter going to her room at 10 p.m. that night, the report said, without elaborating on whether it was before or after Palmiter had left and the fight ended.

It was more than 12 hours later, on Thanksgiving morning, that she realized her daughter was not home, she reportedly told cops.

She waited three days before telling Palmiter that his stepdaughter was missing — and weeks more before admitting to Madalina’s school that she did not know where the sixth- grader was.

When questioned, Cojocari told a detective that she “believed her husband put her family in danger” — and that she delayed reporting her daughter missing over fears it would damage her marriage.

The affidavit did not elaborate on why she felt endangered, or if it was directly related to Madalina’s disappearance, the outlet noted.

The mom also admitted ignoring pleas from relatives in her native Moldova to call the police, the report said, without stating if it was to report her husband, her missing daughter or both.

Despite her claims, Cojocari insisted in police interviews that she had no idea where her daughter was, stressing that she had no friends or family in the area that she might be staying with, the outlets said.

Earlier this week, the FBI released video footage of Madalina getting off a school bus on Nov. 21, stressing that it was the last confirmed sighting of her, two days before her mom claims she last saw her.

The FBI said it hoped the video would spark witnesses “outside of the family” who could “narrow down the exact timeline of when she disappeared.”

Local cops have also asked locals to “flood the area” with photos showing “her precious face.” 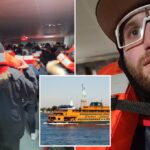 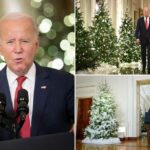