Children were turned away from a popular all-ages Christmas drag show after a Missouri town noted local legislation made it illegal for kids to attend.

Hours before the Factory, a venue in Chesterfield, Mo., held “A Drag Queen Christmas” on Wednesday — featuring performers from the reality show “RuPaul’s Drag Race” — it announced ticket-holders had to be at least 18.

The drag show, featuring popular performers from the reality show, has for eight years traveled across the US looking to lift spirits during the holidays. It became controversial in Chesterfield, a western suburb of St. Louis, because the show was intended to be enjoyed by people of all ages.

“It’s so full of joy and happiness. It really is supposed to be a safe space that we can all enjoy and come together as a community to feel like we belong,” said Robert Fischer, an attendee and advocate with PROMO, Missouri’s LGBTQ+ policy and advocacy organization.

Both protesters and supporters of the event showed up at the Factory in droves Wednesday, many shouting their opinions at the other side from opposite ends of the venue’s parking lot.

“Putting drag queens with Christmas is like slapping God in the face,” said protester Tony Kozich.

Dawn DeBlaze echoed the distaste, telling the outlet: “There should be no obscene material or performance period, and it’s beyond me that anyone can book a performance like this.”

Some protesters gathered with signs declaring “Not in Missouri” and “Save our children” while LGBTQ+ advocates waved rainbow flags and chanted: “Hate has to go.”

Republican state Sen. Bill Eigel had written a letter in support of the mayor’s stance, citing a city code making it illegal to give minors access to “pornographic material.”

The Factory also updated its website to mention the show is for those 18 or older in addition to acknowledging adult language and content at the event.

“This in no way is meant to infringe on their rights and what they consider enjoyment entertainment,” the mayor later said, according to KMOV. “If it were up to me, I would rather it not occur. I mean that in no disrespectful manner.”

One person was arrested Wednesday outside the event space. It’s unclear if they were a protester or supporter of the event.

A report released in November by GLAAD, the Gay and Lesbian Alliance Against Defamation, found there have been 141 protests and threats against drag events that were marketed as family-friendly this year.

Another drag queen of “RuPaul” fame made headlines this week after saying she wants to “kick down” traditional family values with her new show that follows the grown-up life of Cindy Lou from the Dr. Seuss Christmas classic “The Grinch.”

“Miz Cracker” stars in the one-person show, “Who’s Holiday!,” as a grown-up Cindy Lou, running through Jan. 7 in London. While her website labels the show as “adult only,” it also says it is “recommended for ages 14+.”

Last week, a group of protesters spewed “pure hatred and bigotry” outside a Manhattan library hosting a Drag Story Hour event — though the protests failed to stop it. 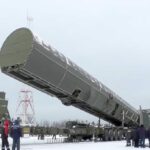 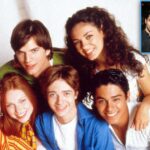