A Missouri second-grader who lost his birthday balloons received a pleasant surprise after the sudden loss — $100 in cash from a stranger who found the balloons hundreds of miles away.

Kason Johnson had just celebrated his 8th birthday at school with his classmates on Oct. 16 when he lost his grip on the balloons he was given while walking to his mother’s car.

He wistfully watched them float away into the sky in his hometown of Mountain Grove, sure that they’d never be seen again.

However, 500 miles away in Cleveland, Tennessee, a man was mowing his lawn when he noticed a bunch of balloons stuck to his fence, KORL reported.

The man, Todd Huyler, used the information he found to send Kason and his teacher homemade gifts that he made in his woodshop — as well as $100 in cash for the birthday boy.

Huyler also sent a photo of himself with his Dachshund, Henry, and even took the time to pen a heartfelt note to Kason’s parents.

In the note, he said he had been reflecting on how he can bless those that God puts in his path when he saw the balloons, according to KORL

“Truly a message in a bottle,” Huyler wrote in the letter. “The simple gesture of a family showing love and appreciation to their 2nd grader with a gift of surprise humbly impacted me beyond belief. How amazingly fortunate Kason is to have a family that will make the effort to show unselfish love.” 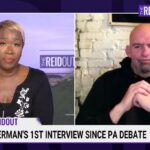 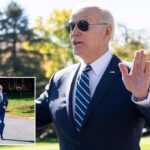