Two Mississippi police officers were shot and killed by a woman who fired at them from inside her SUV at a Motel 6 parking lot Wednesday morning, authorities said.

Amy Anderson, 43, fired at the cops after they arrived for a welfare check around 4:30 a.m. and spoke to her for about 30 minutes, investigators said.

Anderson had a child in the car and at one point before the shooting, the officers called for the state’s Child Protective Services, the Mississippi Department of Public Safety said in a statement.

Robin, 34, was pronounced dead at the parking lot and Estorffe, 23, died after he was rushed to the hospital, the Mississippi Bureau of Investigation said. Anderson was found dead with a gunshot wound to the chest, police said.

Mississippi Department of Public Safety Commissioner Sean Tindell said while investigators suspect Anderson killed herself, he wouldn’t confirm that pending an autopsy because one of the officers fired a shot during the encounter, according to the Sun Herald.

It’s unclear what happened to the girl in the SUV, who was reportedly younger than 10.

“I am heartbroken by this terrible loss of two brave law enforcement officers,” Mississippi Gov. Tate Reeves said in a statement posted on Twitter. “I am praying for their family, friends, their fellow officers, and the entire Bay St. Louis community.”

Bay St. Louis Police Chief Toby Schwartz vowed a thorough probe would be completed into the case, according to WLOX.

“A tragedy occurred here today in the city of Bay St. Louis as two of our finest officers’ lives were taken,” Schwartz said.

More information about the shooting would be disclosed Thursday during a press conference. 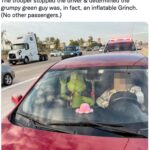 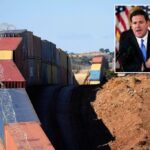