A missing Texas teenager has been arrested after leading Nebraska state troopers on a high-speed chase and crashing — only to then have authorities reportedly find his mother’s dead body in the trunk.

Tyler Roenz, 17, of Humble, Texas, was identified by the Harris County Sheriff’s Office as the driver involved in the Friday crash in Aurora, about an hour west of Lincoln, Neb.

Authorities said Roenz’s mother, 49-year-old Michelle Roenz, was also previously reported missing. They didn’t say whether the woman’s remains in the vehicle were hers.

However, sources told ABC13 in Texas that the dead woman in the trunk was Roenz’ missing mom.

The Harris County Sheriff’s Office said the teen and his mother were last seen around noon Thursday in Humble.

In March, the teen was charged with attempted sexual assault, ABC13 reported. He allegedly attacked an 18-year-old girl in his car, ripped off her shirt, and then kicked her in the face, according to court records. 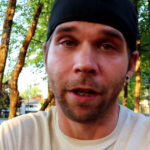