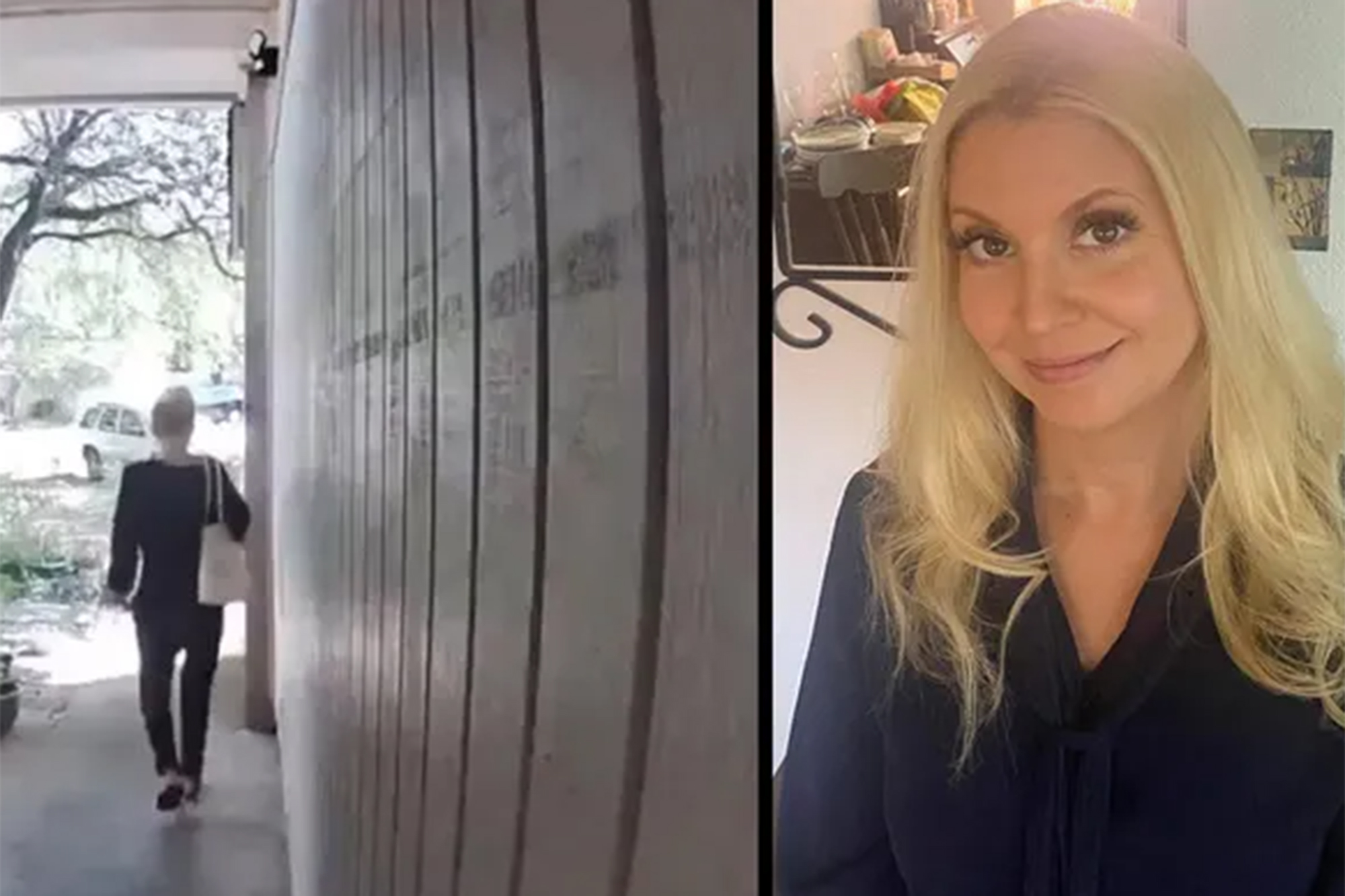 A Texas mom of two has been missing for over a week — and she was last seen rushing from her house to work, where she never showed up, a report said.

Doorbell security footage obtained by the outlet shows Powell was wearing dark pants and a long-sleeved shirt at the time as she sped out of the house on her way to her job as a paralegal.

“She left out of here in a rush,” Powell’s mother, Claudia Mobley, who lives with her daughter, told Fox News.

Powell said she was running late for work and left her cellphone and her Apple Watch behind.

Powell drove away from the home in her black 2020 Nissan Rogue, with license plate number PYJ 8564, relatives and officials said.

Before she’d left, she phoned her office to let them know that she would be in late that day. But hours later, a colleague showed up at her front door to check on Powell after she never showed up.

“My grandson answered the door, and the lady said, ‘Is your mom here?’” Mobley told Fox News on Wednesday. “He said, ‘No, she’s at work’ … He went and checked, and of course, she wasn’t here.”

The blonde-haired, blue-eyed mother who also has a 3-year-old, didn’t say anything remarkable to her mother before she left.

“We didn’t really have any kind of in-depth conversation. It was basically, ‘Good morning.’ She told me she was late,” Mobley said. “Then, she was leaving for work and I told her to be careful. And I probably told her, ‘I love you.’”

She said nothing seemed out of the ordinary.

The next day, Mobley reported Powell as missing to the San Antonio Police Department. An officer was dispatched to the house to ask questions, however, Mobley said it took two or three days before her daughter was officially listed as “missing.”

A police flyer obtained by Fox lists Powell as 5’2” tall, 120 pounds and right-handed, with shoulder-length hair.

Powell has a medical condition that requires medication that she does not have with her.

Since she left, there have been no funds withdrawn from her bank account. The family has been unable to determine if there’s been any credit card account activity, Mobley said.

Lauren Leal, a longtime friend of the missing mother, told Fox that Powell had not expressed any concerns for her safety or well-being. Nothing “seemed off,” that morning besides that she was in a rush that morning.

“I don’t believe she would ever want her children to go through what they’re going through right now,” Leal said.

San Antonio police have asked anyone with information related to Powell’s whereabouts to call the department’s Missing Persons Unit at 210-207-7660.

How Many Kids Does Tristan Thompson Have? Prince, True, Baby Boy