Missing upstate New York college student Kenny DeLand Jr. “is alive,” according to his dad, who shared the “good news” after speaking to him while in the middle of an interview.

French prosecutor Eric Vaillant confirmed the news, telling CNN that the Rochester student who went missing while studying in France is now somewhere in Spain.

Neither the dad nor the official elaborated on exactly where the 22-year-old student was or what he had been doing for the past two weeks.

The breakthrough came while DeLand Sr. had been on the phone with a CNN reporter discussing his son’s case.

The dad hung up — but soon messaged back to share the “good news,” without elaborating, the broadcaster said.

The initial report said the prosecutor had been unaware of the breakthrough, which was soon updated with his confirmation.

The senior at St. John Fisher University in Rochester had been attending the University of Grenoble Alpes and had last contacted his family on Nov. 27 on WhatsApp.

His fellow students reported him missing on Nov. 29, with the French Interior Ministry reportedly describing him as being in a “fragile mood” and possibly “depressed.”

The disparition inquiétante — or serious missing persons — report also noted that the student “does not speak French well.”

His dad earlier told the outlet that not hearing from his son “creates all the worry that any parent could ever feel.” 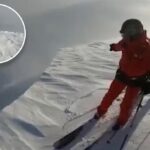 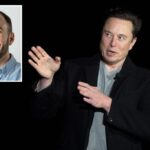