The husband of missing Massachusettes realtor Ana Walshe smiled as he was led into a Massachusetts courthouse Monday, where prosecutors revealed he bought $450 of cleaning materials and both blood and a knife were found in the family’s basement following Ana’s disappearance according to NBC Boston.

Brian Walshe, 46, flashed a grin at news cameras Monday as police escorted him to Quincy District Court, where he was arraigned on charges he had misled investigators looking into his wife’s disappearance.

Ana — a 39-year-old real estate agent and mother of three — disappeared after Brian claimed she took an Uber on New Year’s Day bound for Logan International Airport in Boston to head to Washington D.C. for work.

Prosecutors said Monday Walshe lied to police and claimed to be buying ice cream for he and Ana’s three sons, all of whom are under six, when he had actually been buying $450 worth of cleaning equipment from Home Depot.

Walshe is also alleged to have lied to investigators about his whereabouts during a time in which prosecutors suspect he could have been disposing of evidence.

Walshe is being held on $500,000 bail. At this stage, he only stands charged with misleading a police investigation. Authorities are still investigating Ana’s disappearance. 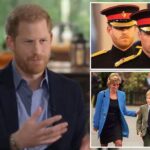 Harry says late mom Diana would be ‘heartbroken’ at William 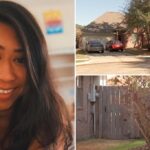