Scary situation. Days of Our Lives star James Lastovic and his roommate, Nevin Dizdari, have been found after they were reported to be missing in Hawaii.

Nevin’s sister, Emma, announced that they had been found via Instagram Story. “My sister and James are okay, they got lost on their hike but made it back to their car and are on their way back to the resort now. Thank you everyone for reposting and helping us reach Nevin,” Emma wrote on Tuesday, October 11.

James’ mom, Lucienne Lastovic, revealed that her son and Nevin were vacationing at the Hanalei Bay Resort in Kauai when they went missing in an Instagram post on Monday, October 10.

On Sunday, October 9, James, 27, and Nevin reportedly told a staff member at the resort that they were going to Kokee State Park to take a long trail hike. Before leaving the resort, the pair asked for directions to Shipwreck Beach and specifically asked about the cliff diving area.

Lucienne explained that James and Nevin never returned to the resort following the excursion and claimed that they hadn’t been heard from since Sunday. Additionally, the black Nissan they drove while leaving the resort has not been found. James’ mother said that the car has a tracking device, though police have not yet been able to locate the vehicle.

The pair left all their belongings behind in the hotel room, which the police are now in possession of.

James is best known for appearing on Days of Our Lives as the recurring character Joey Johnson. He made his debut on the soap opera in 2015 and continued to make appearances until 2020.

In 2017, the actor was nominated for a Daytime Emmy Award for his work on Days of Our Lives.

“I was totally surprised,” he told Soap Central shortly after learning about the nomination in March 2017. “I was wrapping up a couple of scenes this morning, and I kind of forgot that the whole Emmy thing was going on, and after I finished the scene, someone told me I got nominated, so I was pretty excited.”

He continued, “It does feel pretty surreal. But at the same time, I think I hold pretty high expectations for myself. I allow myself to pat myself on the back and feel excited for a few moments, but pretty soon after, I think I just get back to the next goal, you know?”

The California native also played Christian Keene on Netflix’s Insatiable from 2018 until 2019, while he portrayed Cane in the 2021 film This Game’s Called Murder. 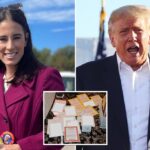 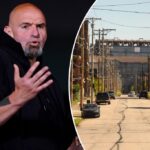