The Michigan family who went missing after the father claimed to have secret knowledge about the Sept. 11 terror attacks was found safe Sunday, authorities said.

The family was located in Stevens Point, Wisc., in the morning, police told MLive, and authorities have subsequently closed the case into their disappearance.

Anthony and Suzette Cirigliano, both 51, and sons Brandon, 19, and Noah, 15, went missing last Sunday. The patriarch had called 911 hours before the family disappeared, saying, “People want to erase me from the face of the Earth” and that his family needed police protection.

Fremont Police Chief Tim Rodwell told MLive on Sunday that “all members [of the family] were interviewed and determined to be safe.

“They are still of the opinion that people are after them, but the elements of the investigation do not meet the criteria for protective custody,” Rodwell said.

The Cirigliano family had been spotted Monday in Michigan’s Upper Peninsula but hadn’t been seen since.

Authorities had said the father was displaying paranoia about the FBI and CIA.

“I’m not crazy. Mr. Geeting knows me. I’m a Christian. I just need some help,” the father said in his 911 call last week, referencing a local cop in his town. “I know this sounds crazy. You don’t have instructions for this.”

The family left behind their pets and Suzette’s mother, who has dementia and was found wandering the street in their Michigan town. 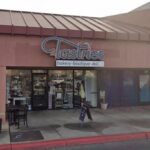 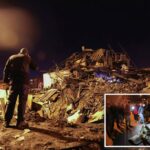