The case, decided by the Ninth Circuit Court of Appeals, comes amid a flurry of federal cases balancing freedom of speech and religion against transgender and sexual orientation discrimination concerns.

Anita Green, who is transgender, in 2018 aimed to compete in the Miss United States of America pageant but was not allowed because of its rules.

“Plaintiff Anita Green claims to have been ‘assigned the gender of male at birth’ but ‘came out as transgender at the age of 17,’” the appeals panel wrote in its ruling. “Green later took medication to alter hormone levels and underwent cosmetic surgery in which Green’s male anatomy was reconstructed to appear as female anatomy.”

The court said that in late 2018, Green began messaging Miss United States of America’s national director on Facebook about the company’s Oregon pageant. That director, Tanice Smith, sent Green the pageant’s rules. Among them was that contestants must be “natural born female.”

That rule remains on the pageant’s website as a qualification. Other rules for the pageant include that a contestant must not have previously posed nude, must be an American citizen and must not have been convicted of a felony in the past.

“You know I’m transgender, right,” Green wrote in a message to Smith, according to the court. “Your rules seem to discriminate against transgender women.”

According to the court, Smith offered to help Green find another pageant to compete in. But Green responded, “I’ll talk to my attorney about this then because discrimination is unacceptable.”

Green sued, and a trial court ruled in favor of Miss United States of America. The Ninth Circuit panel Wednesday affirmed that ruling.

“Our First Amendment jurisprudence has long understood ‘speech’ to extend ‘beyond written or spoken words as mediums of expression…’ reaching so far as to include ‘various forms of entertainment and visual expression as purely expressive activities,’” the majority of a three-judge panel on the appeals court wrote.

“Beauty pageants fall comfortably within this ambit,” the judges continued. “As with theater, cinema, or the Super Bowl halftime show, beauty pageants combine speech with live performances such as music and dancing to express a message.”

The judges also said that “important to this case is understanding the method by which the Pageant expresses its view of womanhood.”

Judge Susan Graber, appointed by President Bill Clinton, dissented from the panel’s ruling. Graber criticized the court for not first deciding whether the Oregon anti-discrimination law under which Green sued the pageant is relevant to the case and instead jumping straight to a constitutional ruling.

“If the OPAA applies, Plaintiff must prevail. If the OPAA does not apply, Defendant must prevail, but the constitutional argument passes out of the picture,” Graber said.

“The majority risks issuing an unconstitutional advisory opinion and flouts a longstanding tradition of judicial restraint in the federal courts,” Graber also said.

“Ignoring the biological reality that men and women are different harms women and their opportunities to compete, excel, and win—from female athletes sidelined in their own sports to women competing in beauty pageants on the national stage,” said Alliance Defending Freedom senior counsel Christiana Kiefer, who represented Miss United States of America in court, in a statement.

“Forcing the pageant to include a male would change the message of what it means to be a woman—similar to how changing the casting choices in the Hamilton production would alter its message. We’re pleased the 9th Circuit recognized United States of America Pageants’ free-speech right to give women the chance to perform in beauty pageants designed to promote women,” Kiefer continued.

Green’s team could seek an “en banc” rehearing of the case by the entire Ninth Circuit Court of Appeals or could also appeal directly to the Supreme Court. Representatives for Green did not immediately respond to Fox News Digital’s request for comment. 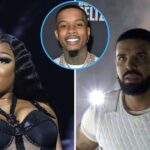 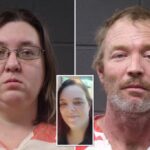