Taking a walk down memory lane! Blake Shelton and Miranda Lambert broke the hearts of country fans everywhere when they announced their divorce in July 2015. Despite their split, the musical superstars had some pretty adorable moments together throughout their time as a couple.

Blake and Miranda first started dating in 2006 and, five years later, said their “I dos” in May 2011. Throughout their time together, the duo was open about dealing with their long-distance love. Their relationship was also rocked by rumors of infidelity, which they’ve both since denied. After more than four years of marriage, the duo released a joint statement regarding their split.

“This is not the future we envisioned. And it is with heavy hearts that we move forward separately,” the singers shared at the time. “We are real people, with real lives, with real families, friends and colleagues. Therefore, we kindly ask for privacy and compassion concerning this very personal matter.”

After calling it quits, both the “God’s Country” singer and his former flame addressed their split in various interviews. Blake told Billboard in July 2016 that his 10th record, If I’m Honest, is his “divorce record” and a “happy, falling-in-love record.” The music was recorded following his breakup and amid falling in love with Gwen Stefani, whom Blake started dating in 2015, proposed to in October 2020 and married in July 2021.

“You can learn some facts of my divorce,” he added. “Maybe not specifics, but you can get a general idea about it.”

Miranda, for her part, opened up about the public nature of her divorce during a November 2019 interview with Health magazine. “When everyone’s worried about your personal life, it makes you feel like, ‘Well, if you could just spend some of that time talking about my actual art, that would be great!’” she shared. “But I guess I asked for it, getting into this business. I’m never gonna get used to the public eye in that way.”

The “Kerosene” singer made a rare public comment about the tabloid frenzy that surrounded her split from Blake in a May 2022 interview with CBS News. “I wasn’t prepared for that. I don’t think anybody is. And it’s not nice sometimes, but I think you got to take it with a grain of salt.”

“I’m a singer-songwriter so luckily I can tell my whole truth,” she continue, adding, “I will not lie in my music.”

Now that they’ve both moved on — the “Little Red Wagon” songstress married Brendan McLoughlin in January 2019 — there’s no bad blood between them. In fact, Miranda talked about the “special moment” she helped her ex-husband write his 2011 song “Over You” during a March 2021 interview with Apple Music’s Essentials Radio. “I’m so glad we shared that song and that it helped his family heal, to have that together,” she recalled.

A source told In Touch nearly a month later that Blake thought her comments were “a nice gesture.”

“Enough time has passed and they’ve both moved on, so there’s nothing really to be upset about anymore,” the insider added. “Miranda does believe time heals everything and what good does it do to dredge up the past anyway. Unless she’s writing a song about it.”

Scroll through our gallery to see Blake and Miranda’s cutest moments together before their divorce. 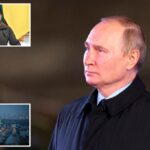 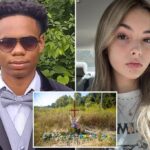