There’s one creepy character who isn’t welcome at this weekend’s Halloween parties in Milwaukee.

Customers dressing as Jeffrey Dahmer will be shown the door at LGBTQ watering holes D.I.X. and This Is It, who warned patrons on Facebook that anyone coming as the serial killer wasn’t welcome.

The deranged killer famously targeted the Milwaukee gay community from the late 1970s to early ’90s, killing 17 men and boys whose bodies he dismembered and cannibalized.

The bars’ prohibition comes amid renewed interest in the notorious serial killer following the release of the hit Netflix series “Monster: The Jeffrey Dahmer Story.”

“Even though Dahmer was not a customer at This is It!, the bar has been getting phone calls ever since the Netflix series aired because we are the oldest LGBTQ+ bar in Milwaukee, and in the Midwest,” This Is It told WISN 12 News.

“Such hateful and disrespectful costumes will not be allowed in our space.”

“We don’t want to put patrons in the situation where they would have to see or relive something that they had to truly experience,” D.I.X. Milwaukee bar manager Eric Hamilton also told the station.

But it’s not just bars bringing the ax down on Dahmer lookalikes this spooky season.

EBay also banned the sale of Dahmer costumes and related items this year amid the online outrage, claiming that they violated the company’s “violence and violent criminals policy,” Fox News reported. 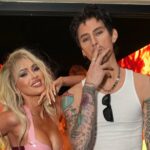 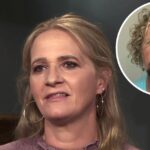