Kelle works as a real estate broker and a wellness/fitness coach in Orange County, California, according to a press release about the show.

She clearly loves fitness and regularly shares selfies of herself at the gym and motivational posts via Instagram.

What Is Kelle Mortensen’s Net Worth?

Her net worth has not been revealed, though she likely makes a good amount of money due to her several jobs and new gig as a reality TV star.

How Many Kids Does Kelle Mortensen Have?

Kelle and Steve share one child together, daughter Ava. Meanwhile, the reality star’s other kids are seemingly from a previous relationship and they all share the last name Burford.

In May 2022, Kelle wrote a sweet tribute to her children via Instagram in honor of Mother’s Day.

“I look at the 6 blessings I was chosen to raise and I’m at awe of these amazing kids. I feel more blessed then ever before and more empowered to continue to become the best mom, friend and business woman I can be,” she wrote on an account dedicated to her real estate career. “They give me purpose to show them to never give up, press on, dig deep and show love and positivity to everyone! Thank you kids for the best day ever!”

Viewers will watch the female stars – who range from 40 to 60 years old – utilize their years of dating experience as they navigate new relationships with younger men.

Each episode follows the stars as they participate in challenges to test how genuine their connections are. Meanwhile, the younger men must prove that they’re ready to have serious relationships with the women.

During the season premiere on January 15, the women were shocked to learn that their sons will also appear on the show as eligible bachelors. Kelle’s sons Joey and Ryan both appeared on the premiere episode. 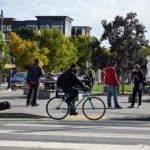 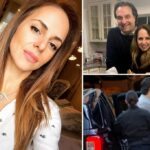 Ana Walshe was first reported missing by employer, not husband