Miley Cyrus has dated some of the hottest people in Hollywood! Prior to her romance with boyfriend Maxx Morando, the “Midnight Sky” singer ended her relationship with Australian rocker Cody Simpson in August 2020 after nearly a year together, but he’s far from her first high-profile relationship.

“It’s true, Miley and Cody are over,” an insider close to the songstress exclusively told In Touch at the time. “I did hear that Miley initiated the breakup. Cody didn’t want the relationship to end, but Miley calls the shots. She had a lot of fun with Cody, but she decided it was best to go their separate ways and remain friends.”

It seems Miley’s good at keeping things friendly with her exes. Prior to dating Cody, the songstress had a fling with The Hills: New Beginnings star Kaitlynn Carter in August 2019 but ended things for similar reasons a mere month later. “Miley’s fling with Kaitlynn was just what the doctor ordered after her breakup from [ex-husband] Liam [Hemsworth],” another insider told In Touch exclusively. “Miley doesn’t burn bridges. They had a blast together and are going to remain friends. Miley is busy doing stuff, and she’s got a lot on her plate. Their romance didn’t fizzle out, it just ran its course. That’s it.”

Miley and Liam were a high-profile couple for quite a while. The couple dated on and off after they met on the set of The Last Song in 2009, eventually tying the knot in 2018. Unfortunately, the marriage only lasted about eight months before they broke up in August 2019.

“Liam and Miley have agreed to separate at this time,” a statement from Miley’s rep read. “Ever-evolving, changing as partners and individuals, they have decided this is what’s best while they both focus on themselves and careers.”

However, Miley was “hurt” when Liam filed papers to make the divorce official just days later. “While she’s moved on, she expected him to wait so they could both make the decision together,” a source exclusively told In Touch that month.  “Miley is shocked and hurt that Liam filed for divorce so quickly.”

More than three years after their spit, Miley is set to release a heartbreak song titled ‘Flowers’ on January 12, 2023, just one day before Liam’s birthday. We’re ready to hear the lyrics!

Scroll through the gallery below to see all of Miley’s high-profile exes. 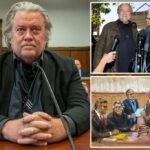 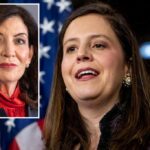