Mike Pompeo was the bull in the diplomatic china shop as US secretary of state — set loose by a president, Donald Trump, “who was prepared to break glass.”

“I was blessed in that way, very much,” Pompeo told The Post. “It was the single biggest challenge of my life, for sure,” he said of his three years as America’s top diplomat. “Look, I was a soldier. My demeanor might be more Department of Defense than Department of State, that’s probably fair. But it was always in the context of trying to obtain the objective that the American people needed.”

Pompeo — a self-described “grinder” who was first in his class at West Point — was a surprise pick as Trump’s first CIA director. Months later, Trump booted Secretary of State Rex Tillerson and nominated Pompeo in his place.

“Leading our intelligence warriors was the finest experience of my life,” he writes in his memoir “Never Give An Inch: Fighting For the America I Love” (Broadside Books), out Tuesday. “Leading the State Department was, well, fascinating.” Here are some of his observations on the world’s leaders — and Dennis Rodman.

Kamala Harris and the Democrats

In 2017, Pompeo writes, the CIA developed a still-secret plan to counter Iran’s interference in the Iraqi national elections. But first, he had to brief a congressional oversight committee.

“Well, Iran won’t like that!” fretted Harris, then a US senator from California.

“No way, you cannot do this,” complained Rep. Adam Schiff.

Most “galling,” Pompeo writes, was Illinois Sen. Dick Durbin, who asked, “How do you explain this to the New York Times?”

“We’re f–king America,” Pompeo exploded at the faint-hearted Dems. “I wouldn’t explain it to the New York Times because they simply could not understand that we are the good guys.

“They just had a fundamental misunderstanding of America as a force for good in the world.”

Russia’s ruler “can be funny and mirthful, even while being evil,” Pompeo writes. As the former director of the FSB, “He knew all about me, where I grew up, my background,” Pompeo said. “So he’d make jokes — ‘Oh that’s right, you’re from that lefty little place in southern California,’ things like that.

“He was always testing, probing, but he had a good sense of humor,” Pompeo recalled of Putin. “And he could give and take; I’d studied him too. So the conversations were fraught and difficult, but there were absolutely lighter moments.”

Pompeo’s CIA saved hundreds of lives in 2017, when it alerted Russia to an imminent ISIS attack on Kazan Cathedral in St. Petersburg. Putin called Pompeo directly to thank him, saying, “Tank Man saved our ass.”

“I actually like that moniker, even if it came from an unreconstructed KGB officer.”

Pompeo met frequently with the “small, sweating, evil” dictator of North Korea. He credits Kim with “brains, savvy, and ruthlessness” — but also writes how the tiny tyrant could display flashes of humor.

During their 2018 summit in Singapore, Trump tried to make light of the infamous “Little Rocket Man” insult he had lobbed at Kim the previous year.

“Trump said [Elton John’s ‘Rocket Man’] was a great song, and he intended the reference as a compliment,” Pompeo writes.

“We all laughed,” Pompeo writes.

Trump, master of the Twitter taunt, “used this language with actually great effect,” Pompeo said. “I’m not claiming with intention. But I could see Chairman Kim understood: these guys are different and maybe we can find some way to take down the risk. We were definitely breaking some glass on this one.”

The “dour” president of China is “not so much serious as dead-eyed,” Pompeo writes. “Of the dozens of world leaders I met, he was among the most unpleasant.”

The distaste went both ways. In March 2020, when Pompeo publicly blamed the Chinese Communist Party for the COVID pandemic sweeping the world, Xi called Trump — to get Pompeo fired.

“My Mike, that f–king guy hates you!” Trump exclaimed.

Weeks later, Pompeo got sly revenge by posting what he insists was a “completely innocent photo” of his dog cuddling a well-chewed Winnie-the-Pooh toy — but it was widely seen as a dig against the Chinese leader, who uncannily resembles the cartoon bear.

“It was nothing, a little bit of fun, but the Chinese propaganda organs still write about that to this day,” Pompeo said. “And yeah, they do kind of look alike.”

The NBA oddball is, in Pompeo’s opinion, a true intelligence asset when it comes to North Korea.

Rodman “provided us with the most detailed knowledge of Chairman Kim we had in our collection, including many insights about Kim’s personality,” Pompeo writes.

Kim, a massive fan of American sports, venerated Rodman, who first visited him in 2013. Trump knew the basketball bad boy from “The Apprentice.”

“Oh, you should call him!” Trump told his then-CIA director — adding, “Make sure to call him before noon! He’s usually drunk or stoned after that.”

The President of France wrongly believed himself to be “the ‘Trump whisperer.’”

Macron, desperate to salvage the Iran nuclear deal, badgered the US president in 2019 to meet face-to-face with Iranian President Hassan Rouhani. Finally, an “infuriated” Trump exploded at him over the phone.

“Stop! Stop calling me,” Trump shouted. “Stop calling them and begging — you look like a weak little girl!”

He twisted the knife with a nod to the populist Yellow Vest protesters then bedeviling Macron’s rule. “Run your country,” Trump advised scornfully, “or the yellow jackets will.”

“France gave up on its mediation effort,” Pompeo writes. 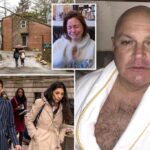 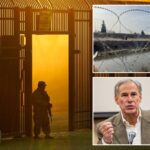