In his forthcoming memoir, former Secretary of State Mike Pompeo recounts an awkward introduction to North Korean dictator Kim Jong Un in March 2018 — that ended in Pompeo telling the US adversary that Washington was “still trying to kill you.”

Pompeo, the former Kansas congressman and director of the Central Intelligence Agency, recalls in “Never Give an Inch: Fighting for the America I Love” his impression of Kim as a “small, sweating, evil man” who “tried to break the ice with all the charm you would expect from a mass murderer,” according to an excerpt shared with Fox News Digital.

“Mr. Director,” Pompeo says Kim told him, a reference to his prior position as CIA chief. “I didn’t think you’d show up. I know you’ve been trying to kill me.”

“My team and I had prepared for this moment, but ‘a joke about assassination’ was not on the list of ‘things he may say when he greets you,’” Pompeo writes, adding that he “decided to lean in with a little humor of my own.”

“Mr. Chairman, I’m still trying to kill you,” Pompeo says he responded in jest, leaving Kim with a smile for the formal picture taken seconds after their exchange. “He seemed confident that I was kidding.”

The meeting between Pompeo and Kim laid the groundwork for the first of three meetings between the North Korean tyrant and former President Donald Trump, which took place in Singapore that June.

The second meeting between Trump and Kim took place the following February in Hanoi, Vietnam, and the two leaders met for a third and final time at the Korean Demilitarized Zone in June 2019.

Pompeo writes that the purpose of his visit was to “correct the failed efforts of the past that had not eliminated North Korea’s nuclear weapons of mass destruction (WMD), and had, in fact, led to the current heightened threat.”

Pyongyang has since ramped up its missile program, testing more than 70 ballistic and other missiles capable of reaching the US mainland, South Korea and Japan in 2022.

The Jan. 24 release of his memoir is the latest indicator that Pompeo, 59, is considering a run for the Republican presidential nomination in 2024 against his former boss.

After leaving office in January 2021, Pompeo stumped for fellow Republicans ahead of the 2022 midterm elections, making numerous stops in Iowa, New Hampshire, South Carolina and Nevada — the first four states to vote in 2024’s GOP primary season. His PAC even ran ads in the early-voting states last year.

Asked about his 2024 plans, Pompeo told Fox News Digital in November that “we are doing the things that one would do to be ready to make such an announcement and then to engage with the American people on the ideas that we believe matter.” 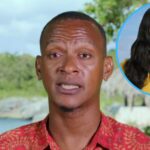 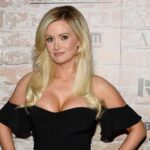 How She Makes Money After Playboy