Former Vice President Pence added his name to a long roster of Republican heavyweights who have thrown their support behind Rep. Lee Zeldin in the New York governor’s race.

Zeldin has long enjoyed a close relationship with former President Donald Trump, who backed his campaign in his own endorsement in October.

The candidate has tried to distance himself from the former administration, however, which remains deeply unpopular among statewide voters. 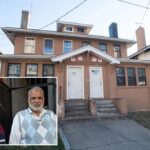 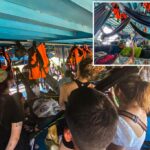