House Republicans turned on one of their own Friday, with one lawmaker-elect angrily challenging Matt Gaetz of Florida as he nominated Jim Jordan for speaker in order to block party leader Kevin McCarthy from taking the gavel.

As the House attempted for a 12th time to elect a speaker before moving on to other business, Gaetz — one of six Republicans dubbed the “Never Kevins” — rose to nominate Jordan of Ohio, who has staunchly backed McCarthy (R-Calif.) and expressed no interest in the post.

As Gaetz spoke, some Republicans began to ostentatiously walk out of the chamber, while others began to audibly take issue with his remarks.

“And so one must wonder, Madam Clerk, is this an exercise in vanity for someone who has done the math, taken the counts and is putting this institution through something that absolutely is avoidable?” Gaetz pressed on.

As the far-right figure claimed that House Republicans believe McCarthy has “earned the position of Speaker of the House because he raised half a billion dollars to get Republicans elected” the uproar in the chamber intensified.

“It’s not going to bring anyone,” Rep.-elect Mike Bost (R-Ill.), a McCarthy supporter, could be heard shouting as presiding clerk Cheryl Johnson and other members-elect called for order.

Johnson then reminded the lawmakers “not to engage in personalities against other members of the House” before Gaetz went on with his speech, calling McCarthy “the LeBron James of special interest fundraising.”

Meanwhile, CBS News correspondent Robert Costa reported that some members-elect were “cursing out Gaetz” as they left the floor.

“I’m not listening to this s–t!” Costa heard one fuming lawmaker say in the Speaker’s lobby.

McCarthy lost the 12th and 13th ballots Friday afternoon, but predicted that by the end of the night that he would be elected speaker.

“We’ll come back tonight, and I believe at that time, we’ll have the votes to finish this once and for all,” McCarthy told reporters after the House adjourned until 10 p.m.

On his 13th try, McCarthy received 214 votes, the most support he had gotten on any ballot so far. He is expected to need 218 votes to become speaker when all is said and done. 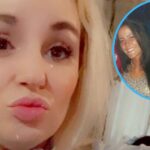 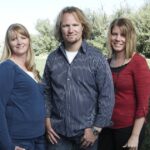