As Texas drafts more than 500 troops to secure the southern border at El Paso, migrants from Central and South America desperate to make a new life in the US have remained undeterred.

Braving freezing temperatures, fast-moving water and the risk of being kidnapped by cartels or taken advantage of by human traffickers, migrants are risking their possessions, money and lives to cross the Rio Grande into the US — often accompanied by their families and children.

Their crossings come as the future of border policy remains unclear. The Biden administration has moved to end Title 42, saying there is no longer a justification for the Trump-era policy that allowed the US to expel migrants seeking asylum as a way to prevent the spread of COVID-19.

Despite objections from GOP politicians and a temporary intervention by the Supreme Court, the administration says it would like to discontinue the policy after Christmas, which is almost sure to lead to an even larger influx of border crossings.

Photojournalists have been on the ground documenting migrants’ intrepid and dangerous journeys to the US.

Below is a gallery of what they are seeing: 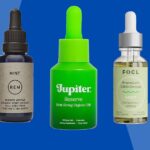 The Best CBD Oil for Anxiety, Pain (And All the Things!) 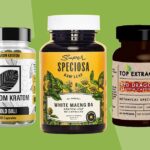 The 5 Best Kratom Capsules Available in 2023