EL PASO, Texas — In the middle of the West Texas desert, a giant tent — bigger than a football field — is being thrown up by the US Border Patrol as El Paso prepares for a human tidal wave to cross the border with Mexico as soon as the Title 42 health policy comes to an end.

The makeshift facility northeast of downtown will serve as an overflow processing center when Title 42 expires — which could happen as soon as this week, depending on whether the Supreme Court will hear a challenge to the Biden administration from 19 Republican-led states who want to keep the policy in place.

The Border Patrol already has a Central Processing Center in El Paso, but it will not be able to meet the demand post-Title 42 – when as many as 5,000 migrants per day are anticipated to enter the city.

“It’s still going to get worse before it even gets better, and that’s what we’re preparing for,” El Paso Mayor Oscar Leeser said Friday. “That’s what I call the unknown.”

“As we know [Border Patrol’s] CPC, central processing center, has a capacity of 1,400; we know that their breaking point is 5,000,” El Paso Deputy City Manager Mario D’Agostino said at a public meeting the same day. “With this surge, they know that they will not be able to hold it.”

El Paso officials have previously said as many as 20,000 migrants are waiting in Mexico, hoping to gain entry into the US after Title 42 goes away.

On Monday, fewer migrants were lined up on the Mexican side of the border compared to last week. Some of the lighter traffic was due to word reaching them that Title 42 was still in effect — for now. Some of it was due to additional enforcement put in place by Texas officials.

Shipping containers forming a border barrier have been put in place by members of the Texas National Guard. The Texas Military Department has also added three rows of concertina razor wire near a popular border crossing in El Paso.

“They’re focused on deterrence. They’re focused on sending a message that unlawful crossings is not an option,” said Mayor General Ronald “Win” Burkett in a video tweeted from the Texas Military Department’s official account on Christmas Day. “You’ve got to go the POE [port of entry].”

Burkett noted that the department had shifted “400 people to El Paso, over 40 vehicles … in 72 hours.”

If and when Title 42 ends, migrants seeking asylum in the US will be expected to turn themselves into US officials at the Paso Del Norte International bridge in El Paso.

On Monday, 400 armed Texas National Guard members and their Humvees were stationed on either side of that bridge, hoping to funnel migrants onto the span and avoid potential chaos if migrants wade across the Rio Grande, which acts as the international boundary between the US and Mexico.

Despite the beefed-up enforcement, thousands of migrants are already in El Paso, forcing the city of almost 680,000 to turn its convention center into a migrant shelter.

Currently, the convention center is set up to house 1,000 migrants and an additional 1,000 beds can be added if needed. Two vacant middle schools have also been turned into shelters, with each capable of housing at least 1,500 people.

Meanwhile, the city’s mayor said the American Red Cross plans to be in El Paso until Jan. 31 to distribute medical supplies, clothing and food.

Officials say the city is having to improvise in the absence of help from the nearby Army post at Fort Bliss, where they were hoping some migrants could be housed. So far, there has been no sign the base will be opened.

“It’s been a request made by [Congresswoman Veronica Escobar] and at this point, they still have not granted us access to that,” said Leeser. “There’d been quite a few deployments at Fort Bliss at this time and that changes quite a bit what they can and can’t do on federal land.

Title 42 has been used to deny entry to millions of asylum-seeking migrants since it was implemented in March 2020. In the 12 months ending Sept. 30, a record-shattering 2.4 million people crossed the southern border of the US illegally. About 40% of those were expelled into Mexico under Title 42.

Once migrants are taken into custody, they’re processed by the Border Patrol. A record is made of their illegal entry, their names are run against criminal background checks and biometrics are taken. Those who make a legitimate asylum claim are eventually released into the US. The ones who don’t qualify to begin the asylum process are deported to their home countries or expelled into Mexico.

Title 42 was supposed to end on Dec. 21 after an order by a DC federal judge. Ahead of that date, El Paso and other cities along the border began seeing immigrants flooding into the country.

In El Paso, shelters were overwhelmed as asylum-seekers were released into the community. As migrants slept on the streets of downtown El Paso, fears grew that freezing temperatures would lead to deaths, triggering the City of El Paso to declare a disaster and ask for state and federal help.

As the clock ticked down, Texas and 18 other states asked the Supreme Court to step in. The high court issued a stay keeping Title 42 in place for now but has yet to make an announcement on will it will end.

The Biden administration has asked the high court to set a new Title 42 expiration date for midnight on the second business day after it orders the policy wrapped up — in a desperate bid to allow authorities additional time to brace for impact. 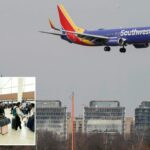 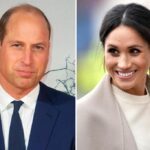