In mourning. Offset reacted to the death of rapper Takeoff, just three days after Migos member Quavo shared his own touching tribute.

“The pain you left me with is unbearable. My heart is shattered and I have so many things to say, but I can’t find the words,” Offset, 30, wrote via Instagram on Tuesday, November 15. “I’ve been going to sleep and waking up hoping that all of this is a dream, but it’s reality, and reality feels like a nightmare.”

“Every time you would see me, you didn’t dap, you gave me a hug. I wish I could hug you one last time … I know someone with soul like yours is in heaven now,” the “Without Warning” rapper continued.

In his caption, Offset noted he had “been searching for the right words to say,” but acknowledged that there weren’t “any to suffice.”

Quavo, the third member who made up rap trio Migos, shared his message one day after Takeoff’s Atlanta, Georgia, funeral.

“It’s so hard to tell you I’ma miss you because you always with me and we did everything together,” the “Handsome and Wealthy” rapper, 31, shared on November 12. “Since we were kids, you been by my side lookin’ up at me, them eyes waiting for me to make the next move … then you followed up right behind me. You never competed with me, we were always on the same team … Super quiet though, quietest in the room but paid attention to everything going in the room, always been like that!!! Nothing ever really bothered Take and he didn’t bother anybody. He the most unbothered person in the world. He never got mad, he ever raised his voice and when he did, he silenced the room.”

Quavo continued, “He never worried about titles, credit, or what man got the most shine, that wasn’t him. He didn’t care about none of that as long as we brought it back home to the family … This whole time I’ve been trying to figure out what you really are to me because nephew wasn’t it. We hated that word “nephew” or when they said “Unc and Phew” cuz we always knew we were way closer than that and it made me feel old too. But I knew you weren’t my brother ‘cause you are my sister’s son, so I couldn’t say brother. Now I finally get it …  you are OUR angel.”

Takeoff, whose real name was Kirshnik Khari Ball, died on November 1 after he was fatally shot at bowling alley in Texas.

Police responded to reports of a shooting at 810 Billiards & Bowling in Houston, Texas, around 2:30 a.m. When they arrived, they found one man dead, the Houston Police Department confirmed on Twitter. Takeoff’s uncle, Quavo (real name Quavious Keyate Marshall), was also in attendance, and could be seen kneeling by someone after the incident, TMZ reported. Two other people were injured and transported to hospitals in private vehicles.

Migos first made waves in the hip-hop scene with their chart-topping hit, “Versace,” in 2013. Though the rap trio has released four full-length studio albums, rumors that the group split began circulating in May 2022 after Offset (real name Kiari Kendrell Cephus) and his wife, Cardi B, unfollowed the pair on Instagram.

Around the same time, Takeoff and Quavo teased their new single as a duo from their Only Built for Infinity Links album, which dropped in October 2022. After the album’s release, the duo opened up about why they moved forward as a group with just the two of them.

“I just feel like we want to see our career as a duo, you know what I’m saying?” Quavo told the “Big Facts” podcast on October 4. “Because you know, we just came from a loyal family, s—t that’s supposed to stick together. And sometimes, when sh*t don’t work out, it ain’t meant to be.” 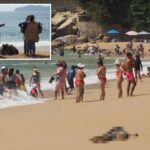 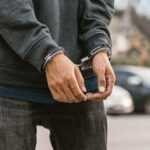