The suspected killer of Migos rapper Takeoff was released from jail Wednesday after posting bail.

Patrick Xavier Clark — who was arrested and charged with the rapper’s murder in early December — left Harris County Jail in Houston, Texas after paying the $1 million bail, reports TMZ.

His bail was first set at $2 million until his lawyers successfully argued it was excessive.

Clark was placed on house arrest after his release and will wear a police-mandated GPS tracker. The suspect cannot speak to Takeoff’s family or anyone connected to the case nor possess deadly weapons.

Takeoff was killed after his uncle and bandmate Quavo was seen engaging in a heated brawl outside a bowling alley on November 1. Houston police have since said the rapper was not part of the quarrel.

It was during the melee that shots rang out and struck the rapper in the head and torso.

The Grammy nominee’s record label said his death was the result of “senseless violence and a stray bullet.”

Police initially arrested a man who they believed was the gunman but denied he was involved.

According to police, witnesses at the scene fled before giving statements further hindering the investigation. 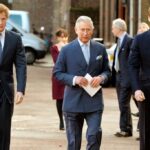 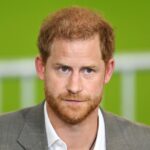