Fans and loved ones will gather at Atlanta’s State Farm Arena Friday to say goodbye to Migos rapper Takeoff, who was killed last week in a shooting in Houston.

Takeoff, a Georgia native, frequently visited the downtown venue both to perform and to watch the Hawks basketball team. Doors for the noon event will open at 11 a.m.; in addition to relatives and celebrities – including fellow Migos rappers Quavo and Offset – free tickets were to available state residents, and quickly snatched up online.

“Takeoff was one of the most influential names in modern music whose creativity left a profound impact on music and culture as we know it today,” the official event page reads. “The cherished Quality Control/Motown superstar was a part of the supergroup Migos and was a beloved son, grandson, brother, nephew and friend to so many.”

Earlier this week, Page Six reported that Justin Bieber is expected to perform at the memorial. The Rev. Jesse Curney III of New Mercies Christian Church also confirmed in a radio interview that he is set to officiate the service.

The formal service comes almost two weeks after Takeoff – real name Kirsnick Khari Ball – was gunned down outside a Houston bowling alley after a private party on Nov. 1. Moments before the fatal shooting, Quavo was caught on video nearby in a heated argument. It is unclear if the “Stir Fry” rapper, 28, was involved in the altercation.

Houston police are still seeking the public’s assistance in identifying the shooter.

“I’m asking for any of the persons who were at this private party … that have information on the shooter or shooters please provide that information to HPD and let us solve it,” Mayor Sylvester Turner implored last week.  “We will solve this particular case.”

Quavo and Offset – who are also Takeoff’s uncle and cousin, respectively – were spotted for the first time since the tragedy at the rapper’s wake in Atlanta Thursday night. They were accompanied by Offset’s wife, fellow songstress Cardi B. 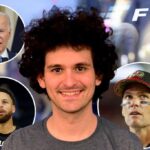 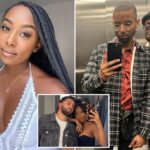 Kandace Florence’s boyfriend speaks out on her Mexico Airbnb death