Rapper Takeoff, best known as one-third of hip-hop trio Migos, was shot and killed Tuesday morning, according to a report.

The “Walk It Talk It” hitmaker, whose real name Kirshnik Khari Ball, was gunned down at a private party at 810 Billiards & Bowling in downtown Houston, TMZ reported. He was 28.

Houston Police and fire officials arrived on the scene at around 2:40 a.m. following multiple reports of a shooting.

Cops located a large crowd of people inside the premises, including a man laying on the ground with a gunshot wound.

The man was pronounced dead at the scene, police said. Two additional victims were transported to nearby hospitals.

Police did not release the identities of the victims, but said it was a fatal shooting.

The victim’s identity will not be released until it is verified by the county coroner and his family has been notified, police said.

Police confirmed that Migos members Quavo and Takeoff were in attendance at the time of the shooting, according to KPRC.

Quavo was not injured, TMZ reported.

The deadly altercation broke out during a dice game, the outlet reported.

Just hours before the shooting, Takeoff was all smiles on Instagram as she shared a selfie from the bowling alley.

Reps for Takeoff, Quavo, and Migos did not immediately respond to request for comment. 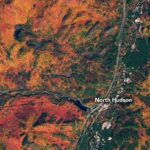 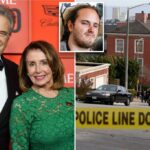