Michigan firefighters saved the life of a young puppy that was suffering a fentanyl overdose by giving it two doses of Naloxone, authorities said.

The first responders from Coldwater, Michigan, said in a Facebook post that Whip the puppy got into a “fentanyl patch” and overdosed.

The quick-thinking firefighters saved the pup after she chewed on a fentanyl patch she dug out of her owner’s garbage Saturday.

The owners found the drugged-up dog and rushed her to the station, Fire Chief Dave Schmaltz told WWMT.

“He was drooling, kind of out of it and shaking. The overdose signs you would see in an individual,” Schamltz said.

Schmaltz doubted that Whip would survive the overdose, but she was miraculously revived after firefighters gave her the doses of Naloxone.

“After that the puppy was bounding around like nothing happened,” Schamltz said.

Whip’s owners are not drug users and the incident was “100% accidental,” the department said.

Fentanyl patches are prescribed to “opioid-tolerant patients who need daily, round-the-clock, long-term pain medicine” through their skin, according to the US Food and Drug Administration. They are generally replaced every three days.

The product can be deadly to children — or small animals — that put the patches in their mouth or on their skin.

The prescription patches can be deadly even after they are used, the federal agency warns. They should be flushed down the toilet rather than disposed of in the trash.

“Even after the three days of using, it, they still have medication left, up to 50 percent,” Schamltz said.

Whip is being monitored, but appears to be in fine condition following her accident, the firefighters said. 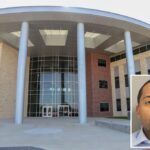