The Michigan psychiatrist who was found dead in a frozen pond near his home after he went missing was remembered as a friendly neighbor and an “all-around great guy.”

Dr. Bolek Payan, 32, was found Tuesday behind his Leoni Township home, where he lived alone in Jackson County.

His body was discovered five days after his family reported him missing while visiting from Illinois for the Christmas holiday, MLive.com reported.

Friends and neighbor Jenny Fordyce said the doctor was an only child who grew up in Chicago before moving to Michigan recently.

“He moved here last winter, so we didn’t get a chance to know him long, but he was just an all-around great guy,” Fordyce told the news outlet.

“He dropped off a Christmas card a few days before he went missing. It just feels so unreal to know he’s gone,” she added.

The neighbor recounted the time during the summer when Payan sought help from her after he bought a lawnmower.

“I don’t image he had much use for a big lawnmower in Chicago, so (my husband and I) were more than happy to help him out,” Fordyce told MLive.

Payan, who graduated in 2017 from the Midwestern University Chicago College of Osteopathic Medicine, was board certified in psychiatry and had worked for the Henry Ford Jackson Hospital’s behavioral health office since 2020.

“We are deeply saddened to learn of the passing of Dr. Bolek Payan. Our thoughts, prayers and profound sympathies are with his family, friends and colleagues.,” the Henry Ford Health System told the outlet in a statement.

Payan’s family reported him missing after he was last seen on Dec. 22, leaving Henry Ford Jackson Hospital. Authorities checked his house and surrounding property with police dogs and a drone, but did not find anything.

On Monday, police got access to his home’s video surveillance system which showed him leaving the premises on Dec. 22.

Divers located his body after they cut holes in the ice of the pond, officials said. His body was discovered under the ice.

The cause of death has not yet been determined and the incident remains under investigation. The Jackson County Medical Examiner’s Office is still conducting an autopsy, police said.

“Detectives believe Dr. Payan would have been deceased prior to when he was reported missing, due to the weather conditions on the day that he left his residence and the fact that he was in the water,” Blackman-Leoni Public Safety said.

The physician’s family declined to comment to MLive on Wednesday and requested privacy during a difficult time. 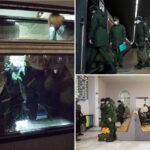 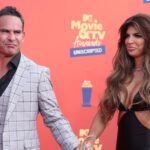