Former first lady Michelle Obama revealed earlier this month that she “couldn’t stand” her husband and former President Barack Obama for about a decade while the couple’s two daughters were young.

Michelle Obama discussed the challenges of raising two young daughters for eight years in the White House — and the strain it put on her marriage with the former commander in chief during a roundtable interview with Revolt.

“We don’t talk about how much work is required and how hard it is even when you are madly in love with the person, even when everything works out right,” Obama said.

“People think I’m being catty by saying this: it’s like, there were 10 years where I couldn’t stand my husband. And guess when it happened? When those kids were little.”

Malia and Sasha Obama were 10 and 7, respectively, when their father first became president.

Michelle Obama conveyed the tough balance between raising a family and advancing a career.

“And for 10 years while we’re trying to build our careers and you know worrying about school and who’s doing what and what, I was like ‘ugh this isn’t even,’” Obama explained. “And guess what? Marriage isn’t 50/50, ever, ever.

Throughout the ups and downs, Obama suggested she still respected and admired her spouse. She stressed it’s important to know “your person.”

“Do you like him? I mean you could be mad at him but do you still look at him and go ‘I’m not happy with you, but I respect you,’” she said. “I don’t agree with you but you’re still a kind, smart person.’” 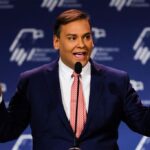 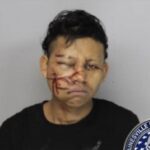