Proud son. Michael Jackson’s eldest son, Prince Jackson, reflected on the passing of his late father 13 years after his death at the Thriller Night Halloween party in Los Angeles.

“It’s still a process for me, a grieving process and a journey that I’ve been on,” Prince told Entertainment Tonight in an article published on Sunday, October 30.

While speaking about his own experience with grief, the actor gave advice to others who lost a parent at a young age. “I don’t think that any one way is right. You have to do what makes you feel good and whatever helps you deal with the loss of someone that you loved significantly,” he said. “Unfortunately, that’s the best advice I can give. Life continues to go on, and it’s beautiful. As long as you celebrate them, they’re never gone.”

The costume-filled event was also held as a fundraiser for Prince’s Heal Los Angeles foundation and the Dee Dee Jackson foundation. The event was even more special this year, as they celebrated the 40th anniversary of Michael’s iconic song “Thriller.”

“It makes me feel so proud to have a history and a heritage, and proud of what my dad accomplished over the years, because we’re here 40 years later, and it’s nuts,” he gushed. “To see so much love and so much respect for my father, still to this day, is incredible.”

Michael welcomed Prince in 1997 with ex-wife Debbie Rowe, just one year before Paris Jackson was born. The “Man In the Mirror” artist welcomed his third child, son Blanket Jackson, in 2002. The identity of his biological mother is unknown.

The YouTuber went on to give his thoughts on Rolling Stone U.K.’s decision to dethrone his father as the “King of Pop” and hand the title to Harry Styles. Although he applauded the “Adore You” artist for his outstanding career, Prince believes the title should be reserved for his father.

“I don’t see it as a slight to anybody else’s career, because they’ve had their own length of achievements, but the ‘King of Pop’ is a unique achievement, because he broke boundaries in countries that didn’t have the same infrastructure that they do now,” he admitted.

Prince added, “He was popular on a global basis — at one point the most famous person in the world. And for all these reasons, and his music, the ‘King of Pop’ is a title that I just don’t think could ever be taken.”

However, the musician he thinks is close to his late father’s notorious career is none other than Beyoncé. While he admitted to not knowing the “Break My Soul” singer personally, he admired her work ethic and “approach” to music.

“I know my dad idolized her as well when she was just coming up, so, he kinda predicted that, if you will. He saw that same fire and dedication in her, and for me, I felt like – she’s up there.” 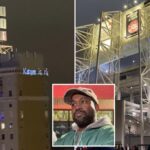 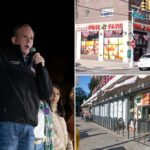