90 Day Fiancé star Michael llesanmi met his now-wife, Angela Deem, after he slid into the Hazlehurst, Georgia, native’s DMs on Facebook and the two have since become one of the most well-known couples in the franchise. But what did the Nigeria native do for a living before stumbling upon reality TV fame? Keep reading to find out everything we know about 90 Day Fiancé star Michael llesanmi’s job.

“I’m [an] online marketer for car dealers in Nigeria,” he told viewers during his debut on season 2 of 90 Day Fiancé: Before the 90 Days. “My dream job is to be a businessman.”

The TLC personality went on to call Donald Trump his “mentor.” “I look up to him because you know I love business,” he added in his solo interview. “I love America so much, and I would love to meet him when I come to the United States with Angela.”

However, following his relationship with the foreigner, the mother of two admitted to funding his lifestyle as she didn’t want him to work.

“I’ve always provided Michael with enough money to live on,” she detailed during a September 2022 episode of 90 Day Fiancé: Happily Ever After. “So he can make payments on his car, keep his phone on, have a TV.”

Despite paying his living expenses, Angela detailed her husband’s shady behavior which included reactivating his Instagram account and asking for her to send more money.

“You have been blessed all these four years and now you want to be an ungrateful motherf—er,” she told him over a video call. In a separate conversation with producers, she added, “So, where’s that damn money going if he’s asking for more?”

After three years together, the pair went on to finally tie the knot in January 2020, with their nuptials playing out during an episode of 90 Day Fiancé: Happily Ever After that September. However, it wasn’t smooth sailing following their extravagant Nigerian wedding.

Despite returning for season 7 of the spinoff, Angela revealed it had been two years since their wedding day and they hadn’t seen each other since. Their spousal visa had been on hold due to the coronavirus pandemic putting a pause on all applications and interviews. 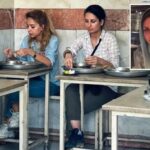 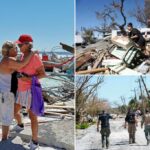