The brother of Mexico’s most wanted drug cartel boss Nemesio “El Mencho” Oseguera was arrested by soldiers in the country Tuesday, officials said.

Antonio Oseguera, also known in the US as “El Tony Montana” was found hiding in a building with a cache of weapons on the outskirts of Guadalajara, the Mexico Defense Department said.

Oseguera is an alleged logistics operator for the wide-reaching Jalisco cartel, operated by his sibling.

His arrest represents “a forceful blow” to the notorious criminal organization, the Mexican army said.

Officials said Antonio was in charge of acquiring large packages of weapons and “coordinating violent actions against antagonistic groups.” He is also accused of running money laundering schemes and international drug trafficking activities.

He was arrested Tuesday with seven weapons, two vehicles and “a package with possible cocaine,” said officials.

Antonio is on a Treasury Department sanctions list for his ties to the cartel, but it is not yet known if the US will try to extradite him. American officials placed a $10 million bounty on Nemesio’s head in 2018.

The Jalisco cartel mainly traffics drugs to the US, particularly methamphetamine and fentanyl. It has also been blamed for the American heroin crisis. More than 71,000 people died from synthetic opioid-related overdoses in 2021, according to US data.

Mexico arrested Oseguera’s sister-in-law, Nemesio’s wife Rosalinda Garcia, in 2018 for her ties to the vicious cartel. Nemesio’s daughter pleaded guilty in a US court to carrying out business transactions for the cartel in 2020.

The cartel is also known for its brutal violence. In 2020, it attempted to assassinate Mexico City’s police chief and instead killed three others. 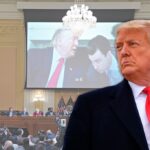 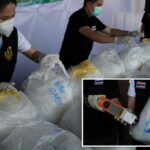