A message in a bottle washed up on a Florida beach, and the finders were able to reunite the note with the Kentucky man who threw it into the ocean 37 years earlier, according to WLKY.

Mount Washington resident Troy Heller, then just 10-years-old, scrawled the message, placed it inside a glass Pepsi bottle and tossed it into the Atlantic while on Florida’s Vero Beach in 1985.

On Nov. 13, after Hurricane Nicole ravished the area, it washed up on the shore in Sebastian, Florida, approximately 13 miles from the pier where Heller released it.

Two teachers cleaning up the area post-storm discovered the close to 40-year-old relic.

When they happened upon Katie and Annie Carrmax, who were walking in the area with their two young daughters, they decided to pass the bottle off to the family.

The Carrmaxes shared the story on TikTok, broke open the bottle and found looseleaf paper with Heller’s name written on it, along with a phone number and address in Louisville.

The accompanying note read, “P.S. Whoever finds this, call me or write to me.”

The pair searched for Heller’s contact information online and ended up texting him a picture of the letter.

“As soon as I saw it, I remembered writing it,” Heller said.

The original letter is now hanging in his home.

“It’s something you never thought would happen,” he said. “I thought I’d just throw it out in the ocean and just see where it went, you know? It’s just amazing that it finally found its way back.” 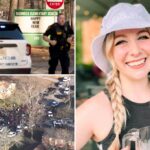 Abby Zwerner a hero after being shot at Richneck Elementary 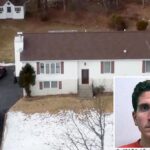