The family drama continues. Sister Wives star Meri Brown admitted she sees similarities between the issues in her marriage to husband Kody Brown and his split from ex-wife Christine Brown.

“It’s interesting hearing him talking about this, and the parallels that [are] happening with him and Christine and me and him [sic],” the Lizzie’s Heritage Inn owner, 51, said during her confessional in a teaser clip from the upcoming Sunday, December 11 episode. “It’s kind of disturbing because, like, some of the things he’s frustrated about with Christine, he did to me. Oh, he wants to work on it with Christine, but not me.”

In his confessional, Kody, 53, noted he was “exhausted” from trying to work things out and asked, “Who cares?”

“If you’re not with me, you’re against me. Eff off,” the family patriarch said before dropping a shocking revelation. “You know, I’m just that way. Ironically, Meri’s trying to support me, and I don’t want to be in a relationship with her anymore.”

In a separate scene, Meri and Kody were discussing their family dynamic with Janelle Brown, who pointed out she isn’t certain whether she wants to “do the work” on the plural marriage.

“It feels like I’m being forced to choose between my children and this group,” Janelle, 53, confessed. “I don’t feel like my children are welcome.”

It appears that season 17 might end on a dramatic note for the entire Flagstaff, Arizona-based group. In Touch exclusively confirmed on Friday, December 9, that the Plexus ambassador and the businessman had ended their spiritual marriage after 29 years of being together.

“Janelle is a strong independent woman and realized she can do it on her own,” an insider told In Touch, adding that the TLC personality eventually “outgrew [Kody].”

Although their split has not yet been revealed on Sister Wives, the Brown family experienced a huge shakeup when Christine, 50, announced the end of her and Kody’s relationship in November 2021. While the sister wives have tried to work out their marital issues with Kody, fans have watched the cracks in each relationship start to open, primarily between Janelle and the father of 18.

In a separate teaser clip from the upcoming December 11 episode, Janelle explained that she had embraced her independence following the COVID-19 pandemic and the impact Kody’s strict health rules had on the family.

“In the last 18 months, I’ve realized that I’m pretty good,” the reality TV star said during a confessional. “I’m independent, and I’m not going to stand here and be yelled at. I just don’t need it. I don’t deserve it, and I don’t need it.”

For Meri’s part, the LuLaRoe retailer has reacted negatively toward the Cooking With Just Christine star’s departure. Meri also addressed the backlash she has received from viewers for not leaving Kody like the former sister wife did.

“These people, like, come at me, and they’re just like, ‘Why can’t you be strong like Christine?’ ‘Why don’t you leave Kody? He’s such a blah, blah blah,’ like the whole list of things that they say about Kody,” she explained in the November 27 episode. “It frustrates me because, you know what? Christine has her own value regardless of Kody. I have my own value regardless of Kody.” 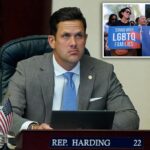 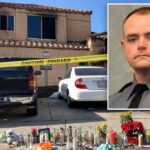