Fun in the sun! Sister Wives star Meri Brown opened up about “adventuring” in Mexico amid drama with her estranged husband, Kody Brown, in a gorgeous selfie posted to Instagram on Sunday, September 26.

“Beach Day? Yes please! Looking forward to a ton of friends joining me today? Absolutely!” Meri, 51, captioned the snap. “Y’all, I love this life! Adventuring when I want, relaxing when I need, businessing because I can, just killin’ it at life!”

The reality television personality went on to give her followers sound advice for living the life of their dreams, writing: “If you’re not doing the things you want to in your life, look at little changes you can make daily to get you to where you want to go! It doesn’t have to be a massive move for the world to see, because their judgment and opinions don’t matter. Just do the little things that matter in your heart, that bring you peace and joy.”

Meri concluded her post by reminding fans to “have some fun while you’re at it, it’s good for the soul!” adding three blue heart emojis to the end of her caption.

The Lizzie’s Heritage Inn owner is Kody’s first wife, having tied the knot with the salesman, 53, in 1990. Though they legally divorced in 2014 so Kody could legally marry his fourth wife, Robyn Brown, in order to adopt her three children from a previous marriage, he and Meri – who share one child together, daughter Mariah Brown – have remained “spiritually married” since.

The couple hit a major rough patch after Meri was involved in a catfishing scandal in 2015, in which she fell in love with a man named “Sam Cooper,” whom she met online. However, her relationship with “Sam” came to halt after she discovered that her internet lover was actually a woman named Jackie Overton, who ended up leaking private texts, voicemails and more on “his” blog at the time.

“This catfish was just planting things in my head and telling me how horrible my family was and specifically how horrible Kody was,” Meri previously said on Sister Wives. “That was one of the reasons why I didn’t want him around. I was just angry. I’m just angry at him. I just pushed Kody away. I did. He’s not the one I should’ve pushed away.”

In February 2021, the Brown patriarch spoke out about his strained relationship with Meri, telling Us Weekly, “Meri and I have been in a very dark place for a very long time. It’s been more about trying to get ourselves out of this hole that we dug ourselves into.”

In an episode that aired in December 2021, Meri opened up about the status of their relationship, saying: “Kody and I — we had a conversation recently, that kind of came down to, ‘We’re friends.’ Which I guess is a good thing. I guess I just have hope for more than that. Kody has said some things to me more recently that leads me to believe that there’s no repairing our relationship. If I quit and I walk away, then it’s not going to get better. I’m not going anywhere.”

Amid ongoing speculation about the couple’s relationship, Meri teased that there’s “so much more to the story” in a September 3 Instagram post. 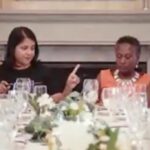 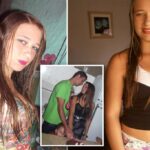 Pregnant mom has womb carved out in possible ‘macabre ritual’