Another one! Meri Brown confirmed her split from estranged husband Kody Brown during the upcoming Sister Wives: One on One tell-all.

“It just doesn’t make sense to me that he would be so frustrated with Christine [Brown] and be like, ‘She just made this decision,’” Meri, 51, said in a sneak peek of the Sunday, December 18, episode, obtained by People. “We didn’t consult, we didn’t talk, she just made the decision and then he says, ‘No, I don’t consider myself married to Meri. Like, he just made the decision. I’ve never heard him say that to me.”

During her scene with host Sukanya Krishnan, Meri watched a clip of Kody, 53, admitting that he didn’t consider himself Meri’s husband anymore.

“If she wanted to move on and marry another, she wouldn’t get an argument with me,” the family patriarch said. 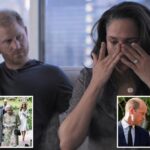 All the bombshell claims in Meghan and Harry’s Netflix show 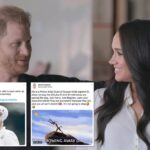 Harry and Meghan teased for calling each other ‘H&M’