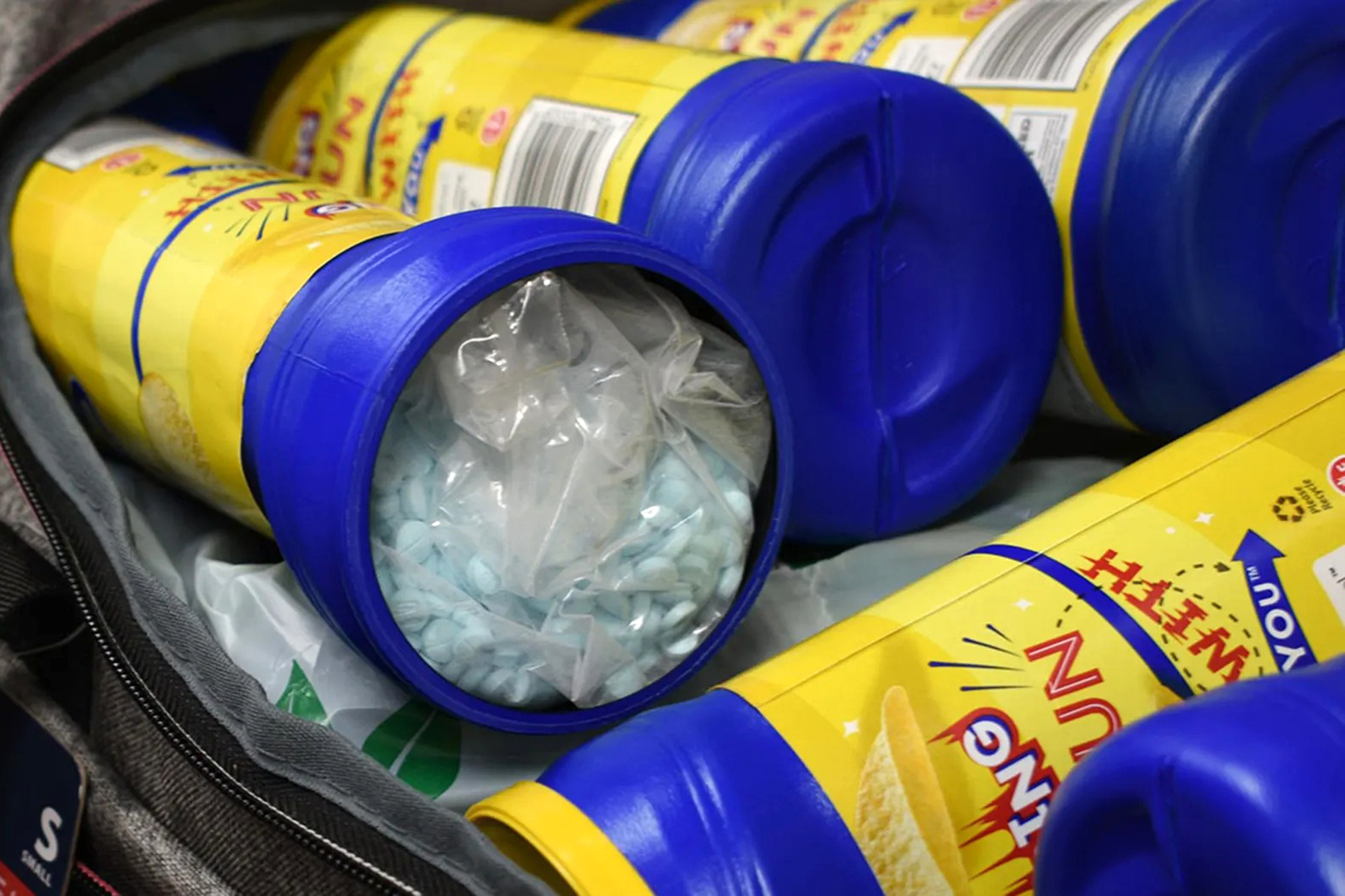 Juan E. Hernandez-Hernandez and Alejandro Macias-Velazquez were arrested after an investigation into the pair’s connections to a transnational criminal organization that imports bulk quantities of fentanyl pills into Whatcom County, the Whatcom County Sheriff’s Office said.

Agents casing a parking lot in Bellingham spotted Macias-Velazquez delivering a duffel bag, which was later determined to contain 10 kilograms of fentanyl hidden inside cardboard boxes and potato chip containers, according to authorities.

Both men were arrested.

Whatcom County Sheriff Bill Elfo warned that the street price of the illicit drug has plummeted as it has become more widely available in the community.

Special Agent in Charge (SAC) Robert Hammer, who oversees HSI operations in the Pacific Northwest, said: “The dangers of fentanyl cannot be understated, more so in an area where there have been recent overdose deaths attributed to fentanyl-laced pills.”

The Centers for Disease Control and Prevention’s (CDC) National Center for Health Statistics estimates there were 107,622 drug overdose deaths in 2021, with 71,238 of those deaths related to synthetic opioids such as fentanyl.