A high-up official in a Palestinian militant group known as “Lion’s Den” was killed early Sunday in what the organization is calling an assassination by Israel.

Tamer Kilani was killed around 1:30 a.m. by an explosive device attached to a motorcycle that detonated in the West Bank city of Nablus, Lion’s Den and Palestinian media said. Kilani’s age was not immediately clear.

“The bomb exploded as he passed by and he became a martyr,” his father Sufian Kilani said.

The elder Kilani wasn’t present for the attack, but told local media “we don’t know whether the bomb was timed or triggered remotely.”

The Israeli military did not comment on the specific explosion, saying only that it is “operating against terror all the time.”

Lion’s Den, or Den of Lions, is a loosely-organized group that has recently been active in Nablus following the Israeli’s military crackdown there.

The militants promised retaliation for their member’s death in the form of a “a harsh and painful response.”

A funeral was held for Kilani in Nablus immediately following his death.

Tensions in the city of around 126,000 were already high before the attack after Israel placed a cordon around Nablus’ perimeter, according to the Times of Israel.

The terrorist group formed in August and is comprised mostly of young men who operate under a nonhierarchical structure, the paper said. 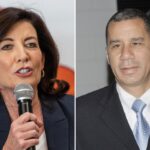 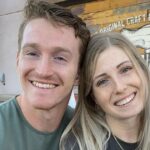