Melinda French Gates’ rumored new love interest is a divorced dad of three adult children who admitted in a memoir to verbally abusing his first wife, a former Miss Utah.

This week, sources told TMZ that the billionaire philanthropist and former wife of Microsoft founder Bill Gates, 58, was dating Jon Du Pre, a former TV news anchor and author, who was locked in a nine-year court battle with his wife over child support, according to public records.

In a recent social media post, the couple’s eldest son Kasey Du Pre credited his mother, Gina Larsen Du Pre, a virtual services account manager at Cisco in Utah, for working hard to raise him and his younger siblings Jessie and Jonny.

“Gina is essentially the Steph Curry of life, making things appear to be way easier than they are,” Kasey wrote on LinkedIn, comparing his mother to the NBA legend. “While raising three kids as a single mom, Gina put all three of her children through college because of her relentless work ethic.”

Jon Du Pre’s own relationship with Gina was turbulent, and he verbally abused her even as she was seven months pregnant with their third child in 1995, according to his memoir “The Prodigal Father: A True Story of Tragedy, Survival and Reconciliation in an American Family.” According to the book, Du Pre’s rage stemmed from years of abandonment and neglect from his own father, a lawyer and former FBI agent who once spied on suspected Communist party members in Hollywood during the so-called Red Scare of the 1950s.

“Once she was disarmed and I was loaded with explosive rage, she didn’t have a chance,” Du Pre writes of the abuse on his first wife. “I stood and ran across the living room at my pregnant wife, and she cowered as I swelled with hot, angry air and launched the worst verbal attack she had ever endured.”

“Welcome to the real world, princess, where not everyone is happy,” he said. “For once, this one’s not about you, you spoon-fed, spoiled-rotten bitch. This one’s about me. I’m going to find out why my father f–ked up my life, and piss on you for trying to make me feel guilty about it.”

Jon Du Pre grew up in South Carolina in a family that “was plagued by so many problems that we barely made it to school in the morning.” His father, at first a successful lawyer who took on civil rights cases, cheated on his mother, and spent most of his life drinking and plagued by debt. Du Pre writes that he and his two brothers were often so hungry that they were forced to eat the scraps left by their fellow pupils on their school cafeteria trays, and learned to break into vending machines at a local YMCA to pry out snacks.

He met his first wife while they were both studying journalism at Brigham Young University in Utah in the mid 1980s. The blonde, blue-eyed student reporter went on to win the Miss Utah beauty contest in 1985 and competed in the Miss America pageant the following year. While she did not win the crown, “she did win an award for her performance in the talent competition, which paid several thousand dollars in scholarship money, and I licked my lips when I saw her in that bathing suit,” writes Du Pre.

The couple, both Mormons, were married at the Mormon Temple in Salt Lake City soon after Gina graduated with a bachelor’s degree in communications in 1986.

“She married ‘down,’ thinking she could salvage me,” writes Du Pre, who worked as a broadcast TV reporter in Green Bay, Boston, Phoenix and Salt Lake City during their marriage. “Early in her marriage she’d discovered there was something wrong with her new husband, an anger just under the skin that broke through like an erupted boil whenever I was corrected or criticized, or even made to feel inferior through some act of generosity on her part. In our … years together, she’d had to tread cautiously. She’d learned which of my buttons never to press.”

He also notes that “Gina grew accustomed to being crushed in arguments, to being embarrassed in front of our friends, to taking the blame for little thing that went wrong — the baby’s stinking diaper, the burnt toast, the bounced check. .. I knew that demons from my past were threatening to destroy this new life that meant so much to me.”

The memoir — which the anchorman promoted on “Oprah” — focuses on Du Pre’s journey to reconcile with his indigent father. He blames post-traumatic stress from his childhood for his outbursts against his wife, and reaches that conclusion after a chance meeting with a psychiatrist on a plane.

“Thanks to this spur of the moment but powerfully accurate explanation of my condition from a person with renowned expertise, I no longer had to think of myself as a chaotic mess,” he writes. “Because of common and well-understood causes, I’d developed a recognized mental disorder.”

After he reconciled with his homeless father, Du Pre ends his book on a happy note. He tells readers that he and his family live in California’s Ventura County where he worked for the Fox News Network.

“When he’s not covering earthquakes, riots, plane crashes, or presidential elections, Jon spends his time volunteering as a scout leader, Little League coach, cheerleader, at dance recitals and school award ceremonies, and playing with his children in the back yard,” according to the “About the Author” section.

But the family did not live happily ever after. In 2005, five years after the book was released, Gina petitioned for child support and divorce in a Maricopa County Court in Arizona, court records reveal.

Dozens of filings offer a glimpse of a prolonged and ugly battle over the support of the three children, including negotiations over custody and a hearing over an unpaid orthodontist bill. In 2007, court filings show an “Emergency/Expedited request for telephonic hearing regarding spring break access.”

It’s not clear when Melinda French Gates, whose divorce from Bill was completed in August 2021, began dating Du Pre, who now runs his own strategic communications firm in Utah, but they were spotted together in April at a Brooklyn Nets game.

Despite their divorce, French Gates and her former husband continue to co-chair their Bill Gates and Melinda Gates Foundation, which is worth nearly $50 billion, according to public records. 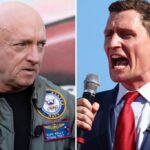 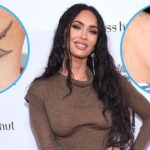 Photos of Pelvis, Back Tattoos