Dr. Mehmet Oz, cementing his support among Republican voters in Pennsylvania, has pulled to within two percentage points of Democratic Lt. Gov. John Fetterman in the Keystone State’s crucial Senate race, according to a poll released Tuesday.

The percentage of Republicans who say they will vote for the celebrity heart surgeon has risen to 94% from 87% in September, the CBS News/YouGov survey found.

The increasing Republican support for their party’s nominee has closed Fetterman’s lead to 51%-49%, down from a five-point spread (52%-47%, Fetterman) in September.

The poll was released as the two candidates prepared to meet in their first and only debate in Harrisburg on Tuesday evening, exactly two weeks before the midterm elections.

The survey showed Fetterman has stronger support with 86% of his likely supporters saying they were “very” or “somewhat” enthusiastic about the prospect. However, fewer than half (47%) said they were “very enthusiastic,” down 16 percentage points from September.

Still, more likely Republican voters say they will “definitely” or “probably” vote on Nov. 8 (90%) than Democrats (80%).

More than three-quarters of independents (78%) also say they will “definitely” or “probably” vote. The poll shows Fetterman leading by 17 percentage points (58%-41%) among that cohort.

The campaign has been overshadowed by questions about Fetterman’s health and fitness to serve.

The Democrat suffered a stroke in May and was absent from the campaign trail for most of the summer as he recovered.

He will use a closed caption monitor at the debate to read the moderators’ questions because he is still experiencing auditory processing problems.

Despite the lingering questions, 55% of voters think he’s healthy enough to serve, as opposed to 45% who believe he isn’t.

At the same time, 54% of voters said it was not an important enough issue to discuss at the debate.

In addition, 57% said they weren’t interested in hearing about Oz’s residency Tuesday night either.

Fetterman has portrayed Oz as an opportunist from New Jersey without a real grasp of Pennsylvanians’ needs in a series of campaign ads over the summer.

The voters did say it was important for the candidates to debate the economy and inflation (95%), police and crime (91%), how to bring down gas prices (83%) and their views on abortion (82%).

The poll surveyed 1,084 registered voters in Pennsylvania between Oct. 21-24.

It has a margin of error of plus-or-minus 4.1 percentage points. 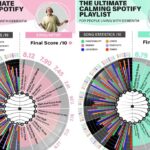