Prince Harry reportedly reveals in his new memoir that Meghan offended his sister-in-law Kate Middleton in 2018 by telling her that she must have “baby brain because of her hormones.”

The Duke of Sussex said Meghan made the shocking remark during the run-up to the Sussexes’ wedding in May 2018, the Daily Mail reported.

Kate, who was upset by the accusation, gave birth to her third child, Prince Louis, a month before the wedding.

“In the book, Harry says that there was a discussion about the timing of the wedding rehearsal and the flower girl dresses and Kate was very upset,” a well-placed source told the Daily Mail.

“Meghan said that Kate must have ‘baby brain’ because of her hormones. It caused a huge row because Meghan was told that she wasn’t close enough to her sister-in-law to discuss her hormones and it wasn’t the way people spoke to each other within the Royal Family,” the source said.

“The book makes clear that Meghan felt the fall-out wasn’t her fault, but it doesn’t exactly make her look very good either,” the source added.

Meghan first addressed her relationship with Kate during her interview with Oprah Winfrey two years ago.

When asked if reports were true that she had made Kate cry, Meghan said, “The reverse happened.”

“It made me cry and it really hurt my feelings. It was a really hard week of the wedding and she was upset about something but she owned it and she apologized,” Meghan said. 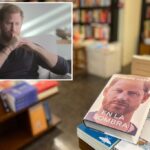 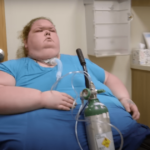