Meghan Markle was reportedly furious with the 2017 Vanity Fair issue announcing her relationship to Prince Harry, claiming the cover featuring her face was racist.

Markle’s anger stemmed from the headline of the magazine’s October 2017 issue, titled “She’s Just Wild About Harry,” which she and her then-boyfriend Prince Harry noticed is the name of a blackface number performed by Judy Garland and Mickey Rooney in the 1939 film “Babes in Arms,” an insider told The Daily Mail.

“They [Harry and Meghan] tried to get it changed online, because [they thought] it had been racially motivated,” the source said.

Markle was reportedly so outraged with the headline she wanted to fire her newly hired public relations advisor, Keleigh Thomas Morgan of Sunshine Sachs.

She had been “ecstatic” to do the piece, but was irate that the magazine chose to focus on her relationship with the Duke of Sussex rather than on her acting career and philanthropic efforts.

According to an excerpt from a new bombshell book about the couple published in The Times of London, Markle had been under strict orders to steer clear of topics deemed sensitive, such as politics, race and her relationship with the prince.

Markle convinced Prince Harry the article would focus on the celebration of the 100th episode of “Suits,” the TV show that the actress was filming in Toronto, where the interview was conducted.

However, Vanity Fair contributing editor Sam Kashner confessed he had never heard of the TV show or Markle, and asked her directly about her relationship to Harry.

“We’re a couple. We’re in love,” she famously responded.

“I’m sure there will be a time when we will have to come forward and present ourselves and have stories to tell, but I hope what people will understand is that this is our time,” Markle said in the article.

Their engagement was officially announced in November 2017. 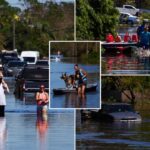 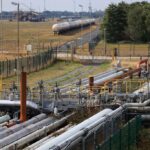