Prince Harry isn’t the only one looking to cash in on a tell-all memoir, according to reports.

As the world awaits the Duke of Sussex’s hotly-anticipated bombshell book “Spare” to hit the shelves next week, it seems as though his wife Meghan Markle is also looking to ink a similar deal.

According to The Mail on Sunday, the Duchess of Sussex is said to be “contemplating getting entirely candid about her time in the Royal limelight — and leaving no stone unturned.”

“I would find it surprising if Meghan didn’t publish her own story, to be honest,” a Hollywood agent told the outlet this week.

“‘Spare’ is clearly Prince Harry’s chance to tell his, but hers is equally compelling. I mean, how many actresses end up marrying a Prince?”

“If she’s harboring political ambitions it would make even more sense,’ pointing out that Presidents Clinton, Obama, and Trump all wrote books setting out their beliefs before launching bids for the White House,” the source added.

It wouldn’t be Markle’s first written project if the rumors are true.

The mom-of-two, 41, is already a published author after releasing her children’s book, titled “The Bench,” last year. The couple signed a lucrative four-book deal with publishers Penguin Random House in 2021.

It’s rumored that the scandal-scarred couple is also working on a “wellness” book, however this has not been confirmed.

The release of Harry’s bombshell memoir is also set to be accompanied by two sit-down interviews with major US and UK networks.

Harry spoke with ITV’s Tom Bradby in the UK this month, and in its preview said he wants to get “back” his once-close dad and brother.

“I want a family, not an institution,” the 38-year-old exiled royal said to ITV News of his royal relatives.

But “they’ve shown absolutely no willingness to reconcile,” whined Harry, who has repeatedly attacked them in interviews.

“I would like to get my father back,” he said of King Charles III, who he has roundly blamed for his pains as a young royal.

“I would like to have my brother back,” he added of heir to the throne Prince William, 40, who he painted as a screaming bully during his nearly six-hour Netflix docuseries.

Harry also spoke to Anderson Cooper for a “60 Minutes” special Sunday that CBS News teased as being “revealing” and “explosive.”

In a teaser aired Monday on “CBS Mornings,” Harry blamed his family for him taking his trashing public.

“Every single time I’ve tried to do it privately there have been briefings and leakings and planting of stories against me and my wife,” Harry told Cooper.

“You know, the family motto is ‘Never complain, never explain,’ but it’s just a motto,” he said, explaining that the complaining is happening “through leaks.” 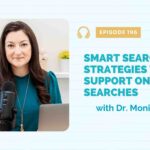 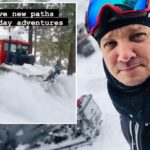 Jeremy Renner out of surgery after suffering ‘blunt chest trauma’