A verdict has been made. After rapper Megan Thee Stallion took the stand on December 13, 2022, to testify against Tory Lanez – who she accused of shooting her in July 2020 – the jury of seven women and five men found Lanez guilty, according to multiple reports.

Lanez, real name Daystar Peterson, faced three felony charges and was found guilty of assault with a semiautomatic weapon, carrying a loaded, unregistered weapon in a car and discharging a firearm with gross negligence. He was led out of the Los Angeles County courtroom in handcuffs.

Megan, real name Megan Jovon Pete, recounted the incident at the heart of the trial while on the stand, telling the jury that Lanez shot her following an argument they had while sitting in an SUV together. The row took place after the pair had attended a party at beauty mogul Kylie Jenner’s house, with the San Antonio-born rapper further claiming that Lanez proceeded to offer her and her former assistant, Kelsey Harris, $1 million to stay silent about the incident.

“I just don’t feel good,” the “Body” singer said while on the stand. “I can’t believe I have to come in here and do this.”

Megan and Lanez were romantically involved with one another at the time of the incident, but their status was non-exclusive, an element of their relationship that Megan tried to keep concealed due to Harris’ own feelings toward Lanez.

On the night in question, Lanez reportedly called both Megan and Harris “b–ches and h-es,” after which the rapper got out of the vehicle. Quickly realizing that she was in swimsuit attire rather than streetwear, however, Megan returned to the car and the argument continued.

“I realize, ‘Oh my God. I’m literally at the peak of being so famous right now, and I’m in a thong, and I look crazy, and if anybody sees me walking down the street like this it’s going to be bad for me,” Megan said. But, when the heated discussion between her and Lanez became increasingly volatile, Megan once again exited the car. Lanez proceeded to pull out a gun.

“I start walking away from the car, and I can hear Tory say, ‘Dance, b–ch!’ I don’t have to turn all the way around. I didn’t have to use my feet to turn around … I could see him with a gun,” the rapper testified, recounting that Lanez started shooting at her feet.

According to Megan, Lanez quickly saw the error of his ways and pleaded with her to keep quiet about the shooting. “Please don’t say anything,” Megan recounted Lanez’s apology at the time. “I’ll give y’all a million dollars. I can’t go to jail. I already got caught with a gun before.” The incident, however, was witnessed by several people who corroborated Megan’s account, and Harris texted the rapper’s bodyguard amid the shooting, writing, “Help. Tory shot Meg.”

First telling officers that she had stepped on glass, Megan confessed in court that she lied to law enforcement due to the political nature of police brutality and the ongoing Black Lives Matter protests. “This was the height of … George Floyd,” she said. “If I said this man just shot me, I didn’t know if they might shoot first and ask questions later.”

The rapper did eventually come forward, naming Lanez as the shooter about a month after revealing she had been shot. He was subsequently arrested in July 2020 for concealing a firearm. Shortly thereafter, he was additionally charged with assault with a semi-automatic firearm and carrying an unregistered, loaded firearm in a car. As the trial commenced, prosecutors brought forth an additional felony charge for discharging a firearm in a grossly negligent manner. 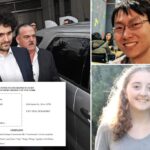 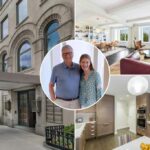