From it-couple to on the rocks? Apparently not. Despite all the rumors that have been swirling about Megan Fox and Machine Gun Kelly’s relationship, the Transformers actress is making it clear that she only has eyes for her man.

“Never has anyone with better bone structure walked this earth,” Fox commented, dropping a heart eyes emoji. “Exquisitely, devastatingly handsome. And 6 foot 5? Kill me or get me pregnant. Those are the only options.”

The aggressive affection Fox displayed for MGK on the post comes as questions circulate about the status of her engagement to the musician. A series of snubs – including an April 2022 appearance at the Daily Front Row Awards where Fox seemingly brushed off MGK’s attempt to kiss her – has left fans wondering if the lovebirds are at odds. Whispers turned to screams when Fox posted a series of selfies on Instagram on October 19, 2022, as her stunning (and painful) engagement ring was nowhere to be seen. Yet despite the fan assumptions that the two had called it quits, Fox’s October 26, 2022, comment leaves little to the imagination.

While the Jennifer’s Body star made her admiration – and eyebrow-raising desires – clear on MGK’s Instagram post, a source revealed to Us Weekly that the sizzling couple are in it for the long haul despite challenges. Acknowledging that the high-profile stars have faced their fair share of issues, the source revealed that both Fox and MGK are committed to their relationship.

“Megan and MGK haven’t set a date yet but they’re secretly planning their wedding. They’re working on it and also working hard on themselves,” the source shared on October 24, 2022. “They’ve worked on their problems and worked really hard to get to the place where they are today. It’s still a struggle at times and they tend to have a lot of ups and downs. He is making a lot of effort to be more mature. He’s not always easy to deal with. He still has this teenage side to him.”

The couple may only have a four-year age gap — Fox, 36, and MGK, 32 – but one of their biggest differences takes form in their partying preferences. “He likes to stay out late and party and she’s okay with going home early,” the source further explained to Us Weekly. “There was a point months ago where she was beyond done with him.”

So, what ultimately turned the engagement between the “twin flames” around? The insider shared that MGK quickly realized that his behavior needed to change if his relationship with Fox had any hope.

“He loves her so much and was the one that pushed to make it work,” the same source revealed. “She was having a hard time, but things have turned around.” And if Fox’s NSFW comment on her fiancé’s Instagram is anything to go off of, these two are just as obsessed with each other as they were the day they got engaged and “drank each other’s blood.” 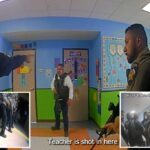 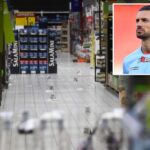